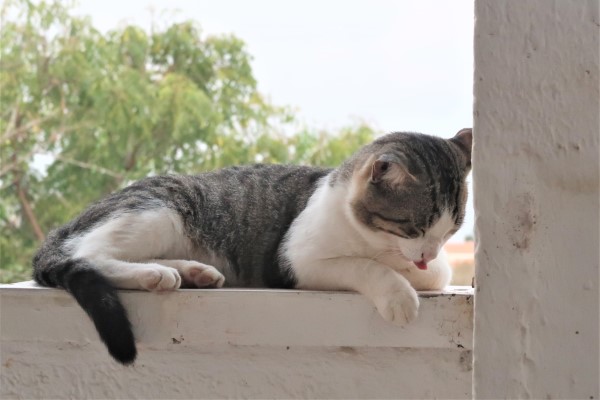 Good morning! Trying to catch up again (though I have a really hard time to find words today). This was Wednesday. I decided to be done with that headache and went shopping. 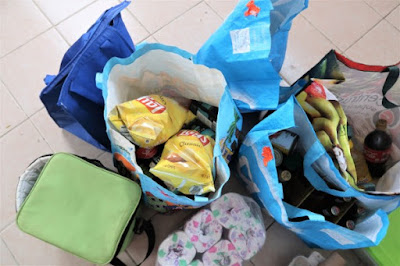 I did it! And that was all I did that day. It's still just a headache (no cough, no fever), but it keeps going a lot longer than normal. 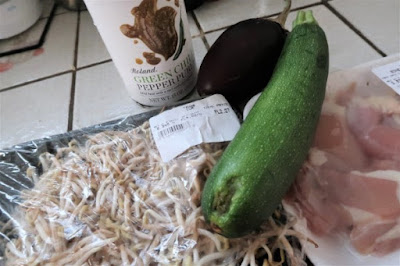 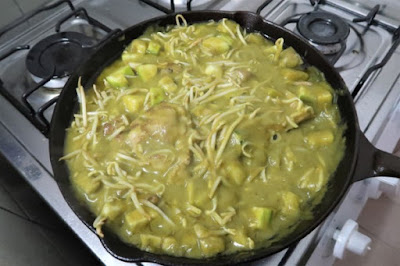 It looked nice and it was edible, but that "a tart and citrusy flavor" of the puree was not our thing. 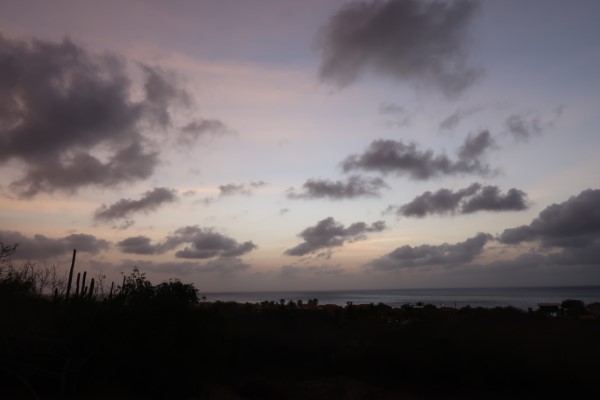 I forgot to take a picture until the sun was already down, but the sky afterward is always nice too.

Thursday morning. What a night! Had nightmares about lions and tigers attacking my children. I have those sometimes and usually, that means that I'm sick. It's still just a headache though. 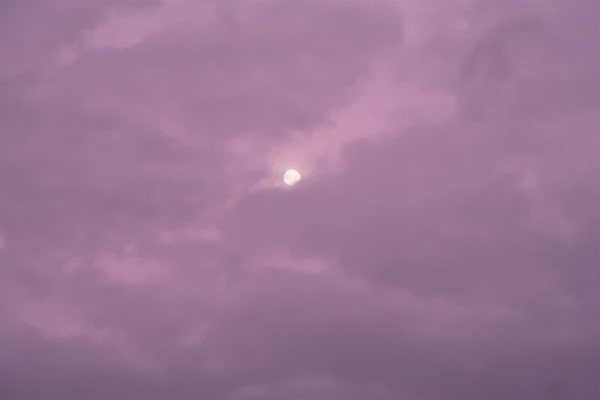 The moon is setting, the sun is rising. 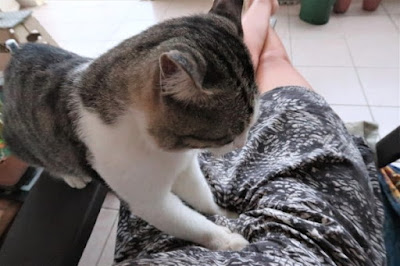 Ah, there he is. Every. Single. Day.
It's one of those days again. I wish I was more productive, but I'm just too tired, can't concentrate, can't see clearly and it hurts too much. 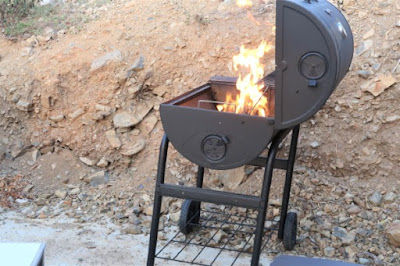 Anyway. At night T. makes a fire in the bbq again. 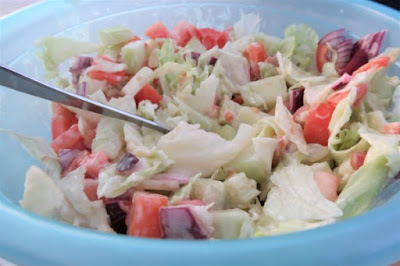 And I make a simple salad. On the bbq: chicken leg, corn cobs and beef. 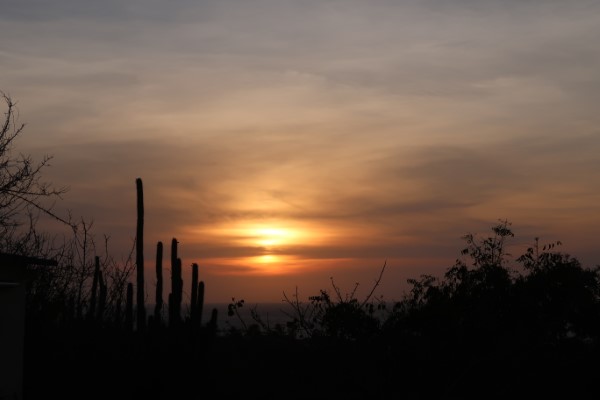 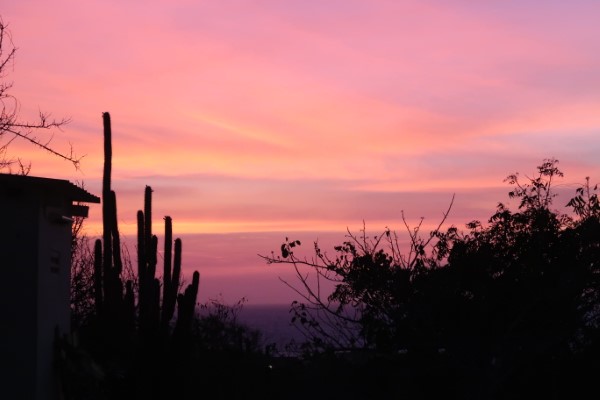 And then the sun is down again. 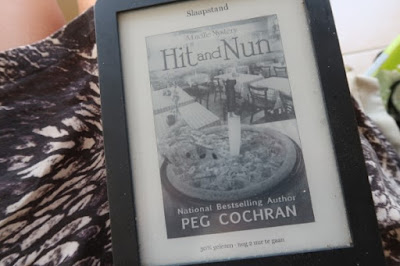 Friday morning. I slept rather well and I feel a bit better. This is part three of that series of books about the woman from New Jersey that solves murders (but not because she's so good at it). The keep getting better! 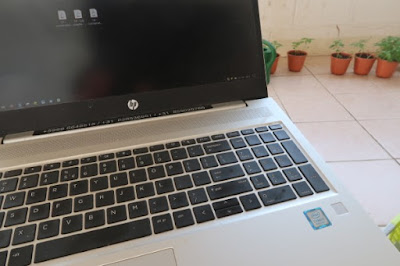 I finally felt up to doing some work. Taxes done for the month (and the quarterly ones too). Now I can try to stay away from the computer this weekend. 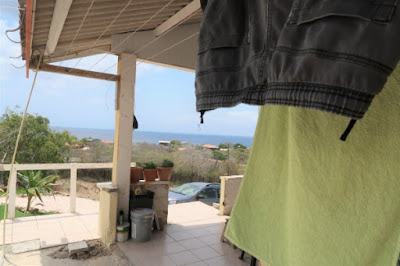 I did a load of laundry, 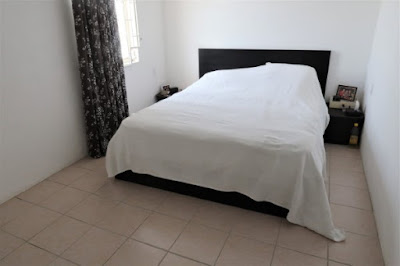 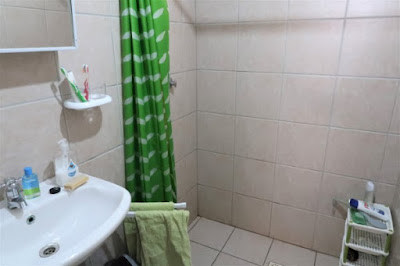 and did a little bit of cleaning in the bathrooms.
It's not much and I was really tired when I finished, but it felt good to pick up a bit of that daily routine again. My second avocado is coming up! I posted a link to a tutorial on how to grow avocado earlier and those people really want me to link to them again (I got emails about it), but the truth is I didn't follow that tutorial. I just stuck the pit in soil, watered it and had a lot of patience.
This does me want to do something with my other plants and in the garden, but I'm really tired again, so it will have to wait. 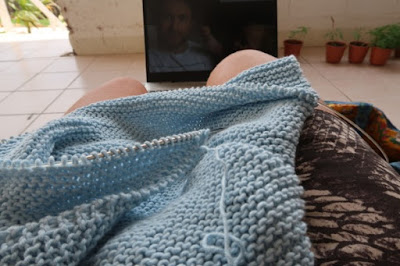 I decided to take some time to update my DITL blogging (but I'm not sure if I want to keep this up) and now I'm going to knit and watch some youtube. That's not computer free, I know, but it does feel like a nice start to my weekend.