Palm tree (or it will be, some day)

I was going to share some house updates today. You know, after one month of working on it. But this week... well, a lot has been happening, but we've not been able to even visit the house since Saturday. Of course, I could just repeat the list I made a few weeks ago and yes, there are things that I can happily cross off now. But I think it would be more fun if I had some recent pictures to go along with that and I just didn't have time to take them. So that will have to wait.

Let's talk about palm trees instead.

Living in the tropics you need to have at least one, don't you think? Or actually, at least two, because you need two to hang a hammock.
Or maybe three, to hang two hammocks?

Palm trees are expensive though. Especially if you buy full grown ones. But our landlord had some in his garden and was kind enough to give us three coconuts to sow. Because yes, the nuts are the seeds. Sort of. The real seed is inside, but once it sprouts, it feeds off the water and the flesh inside the coconut until it's strong enough to face the outside world.
It takes months before you see anything happening. We put them in the ground on March 2nd.

(we had some help from an expert, who taught us to bury them only halfway into the soil)

But on the 10th of May, we spotted this: One of the nuts is actually growing something. It's like watching an egg hatch. But slower. A lot slower. 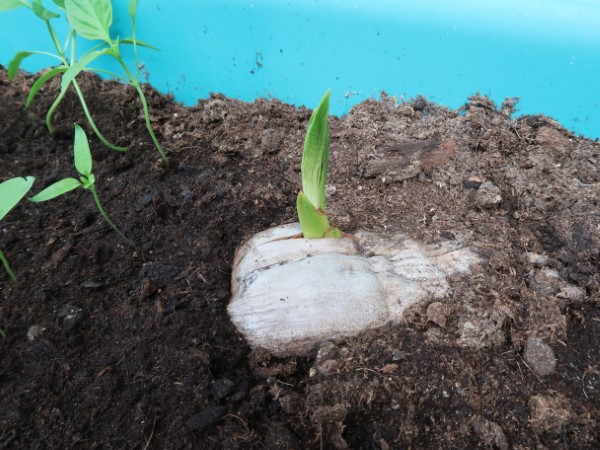 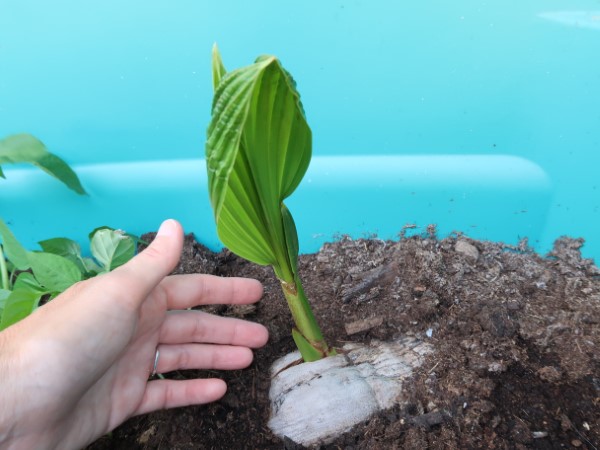 Bring on the hammocks!

(sadly the other two nuts are still not doing anything, but we still have hope they will eventually).
at June 07, 2019