Three things I found in the house

I was going to stick with 'three things that make me happy' on Thursday, but today that list would be like this: 1. the house, 2. the house,  3. the house. And while true, that would make a very boring list.
So I decided to list three things I found in the house instead.

1. There was a bin in the kitchen and it felt like there was something in there. It took me a while to work up the courage to open the lid. I was going to dump everything in a garbage bag, but much to my surprise the only thing I found was this pair of flippers. In my size. Nothing wrong with them. just a little warped from standing up in a garbage bin for years. So I put a heavy stone on them to make them flat again and will probably be using them when snorkeling (not that I do a lot of snorkeling, but we'd like to) 2. In the kitchen, there's an old closet (not pictured, this is one of the kitchen cupboards). It's a smelly one and I'm not sure if I will be able to save it (but I'll try, since we have a tight budget and hardly any furniture). Inside the cupboard, I found four smelly, stained towels. I took them home, washed them twice on high temperatures and then cut them up. Hey, presto! A nice stack of cleaning rags (boy, I really do need a lot those in this house right now!). 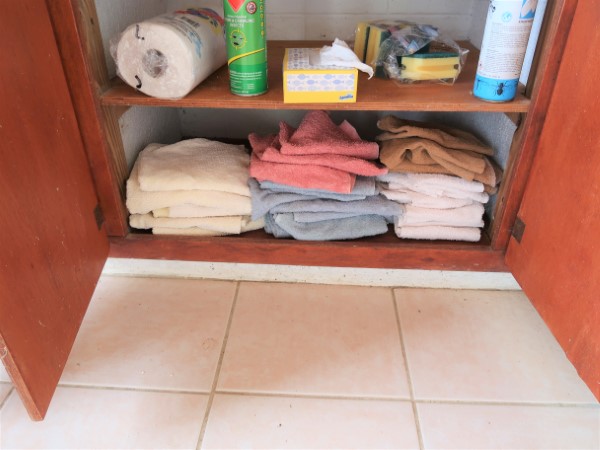 3. On the kitchen counter, I found a rolling pin. It was rolling nicely, but very dirty. I poured boiling water over it a few times and cleaned it thoroughly. Now it doesn't roll very good (because it's wet inside), but I'm hoping it will dry out. I've been rubbing it with oil to feed the wood and also let the oil drip inside the roller. We'll see if that helps, otherwise, I'm throwing it away. It is kind of fun to try to save these things. 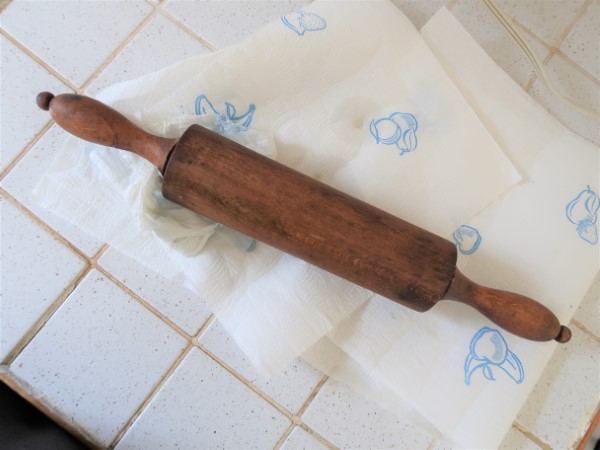 Bonus: we also found a skeleton in the closet! But it was so tiny (a really, really small salamander) that it got lost when I took out those towels, so I don't have a picture of it.