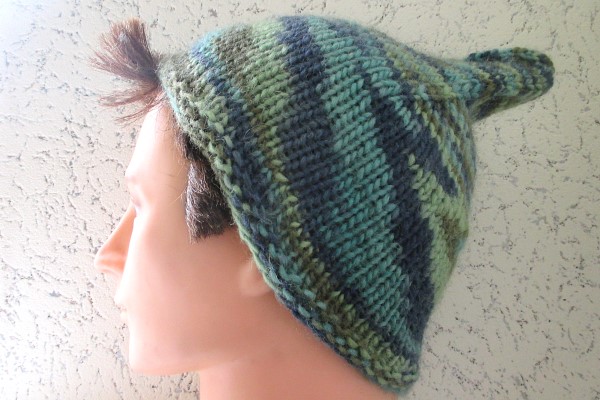 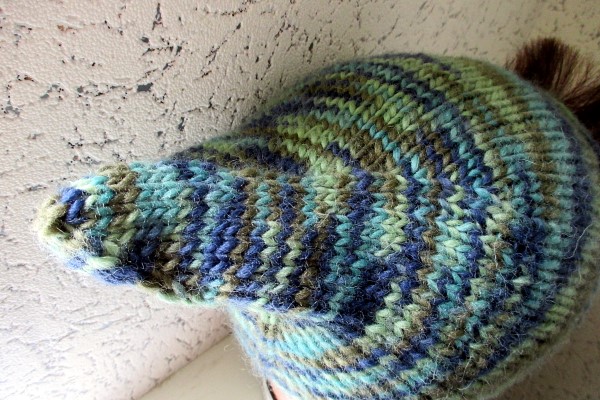 I've loved this type of hats since I first saw them online years ago. Elf hats, leprechaun hats, gnome hats, pointy hats. Love them all. I could have downloaded a pattern to make it easy on myself, but hey, where's the fun in that? So I just went ahead and tried to get a pointy top.
I think it worked out alright, though it didn't end up as pointy as I envisioned. Also, it was meant as a hat for a child, but it still fits my adult-sized model. Maybe I need to cast on fewer stitches next time (did 66 stitches on 5 mm needles). So, in conclusion: loved making this, but needs some tweaking.

Also: finished this hat (number 30) on Saturday, July 28th., which was the end of week 30. Finally caught up! (also posted two hats today, since I wanted to be back on track in August).
Trying to knit one hat a week for a while now and work on other projects too. Though the thought of keeping this flow of three hats a week up and finish early still appeals to me too. Hmn. We'll see.