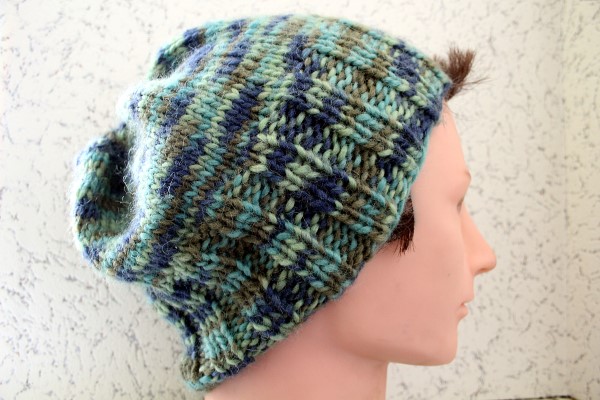 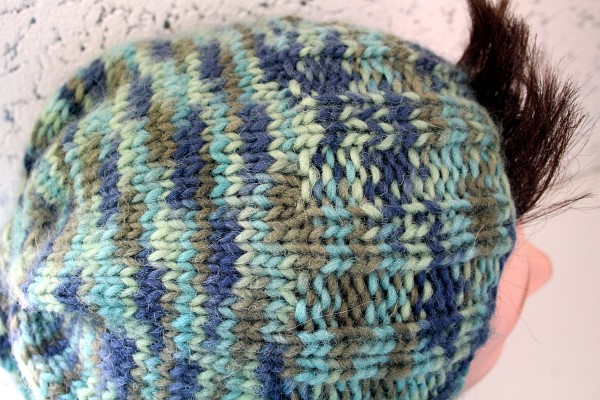 I started this hat in the waiting room when my husband was going through some examinations for his heart, back in May. It's just a simple 2x2 rib with a stockinette top, but that was all I could handle at that point.

Life has been scary and unclear for a while (since the end of April, actually). It seemed T. was having minor heart attacks, but all his tests were negative or didn't work out. He had a scan to look at his coronary arteries last week and we were going to hear the results of that yesterday. But last Sunday he got even more severe chest pains than before and we found his heart rate was up to over 200 bpm. He was rushed off to the hospital by ambulance and there they found out he was born with a deficit that causes arrhythmias.
Yesterday we heard his arteries are fine, but he has to have an operation to fix the deficit. It's a relatively small, simple and routine operation. We will have to postpone our move to Curaçao until next year though because there are waiting lists, but we both feel that's worth it.
This operation will fix the problem for once and for all, so once it's done we can finally look at the future again. Without fear and doubts about the decisions we were about to make. Without worrying about the lack of good hospitals on Curaçao (they do have hospitals, but for only 150.000 inhabitants they can't afford AMC standards), without working out a plan for me if/when I would want to move back to Holland as a widow soon.
Also (on a lighter note): now I can finish my 52 hat project without having to worry about moving them all with me to Curaçao and then to have to ship them some place where people actually wear warm hats ;-)
at July 18, 2018