Not a mystery anymore

(warning: spoilers ahead. Don't scroll down if you want to knit this as a mystery)

I finished the MMKAL!
Even though last week wasn't the best week for knitting, I caught up. By Friday I finished the fourth clue before the epilogue came out. The epilogue was a fun story and the pattern was a little bit frightening at first. I mean... over 78" of purled i-cord? Man!
But it turned out i-cord knitting isn't that bad. In fact the simple, repetitive knitting was just what I needed. So Saturday I brought my knitting to the garden (we had some very hot and sunny weather) and i-corded along. 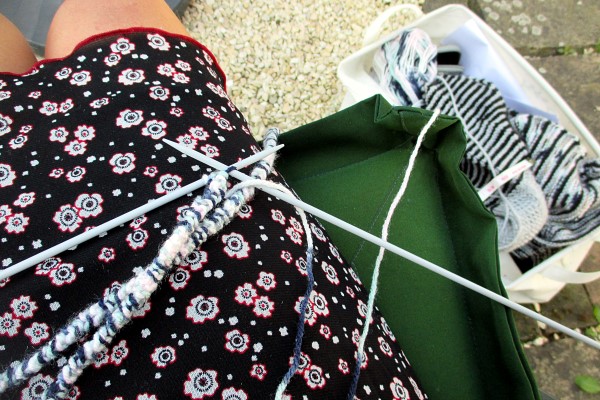 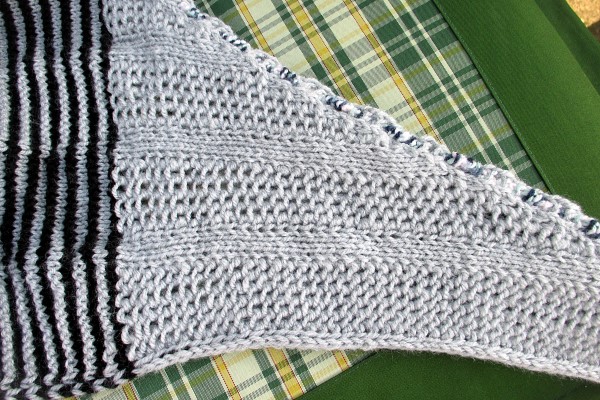 As a final touch I had to weave the i-cord through the holes along the border. It's kind of hard to see. I guess this yarn should have been a more popping color after all. But I still like the result. 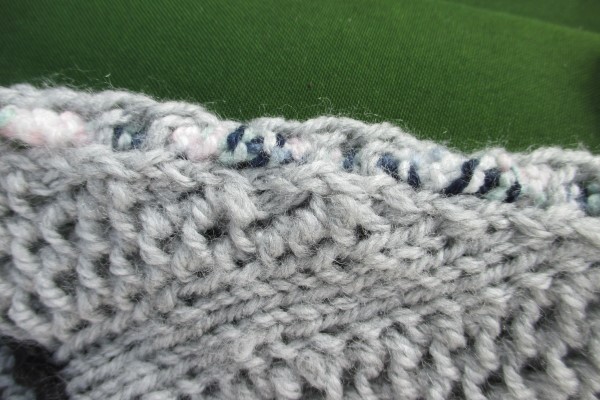 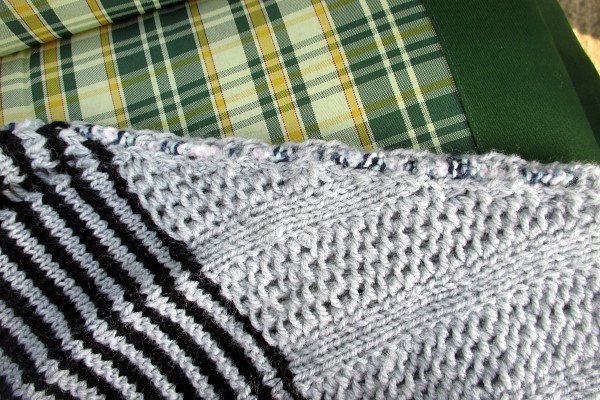 The final shawl is huge! I think partly because my gauge is off. That was to be expected, since I didn't bother to check it at all. Before I started I figured Mystery Knit Alongs should be fun and relaxed. So I picked up some very cheap acrylic yarn (the whole project cost less then 10 Euro), thinking I could always decide to knit it again in good yarn I I really, really liked the outcome.

I now believe this was the best way to go (for me) and I will probably do this again for another MKAL.
On the forums I've seen so many people being bothered by the thought of spending a lot of money to make something they weren't sure they'd like. I also know there are people waiting to see what the final results are before they decided to make it. But then you miss all the fun of the mystery and the knitting along. There was also concern about the time it took to make it (again, something they weren't sure they'd like), but I think mystery knitalongs really are more about the process than about the result. I hope next time I will be able to participate in the forums instead of just reading them, that would be even more fun.

Anyway, here it is. There are loops of i-cord at both ends, but those don't show up in the pictures. 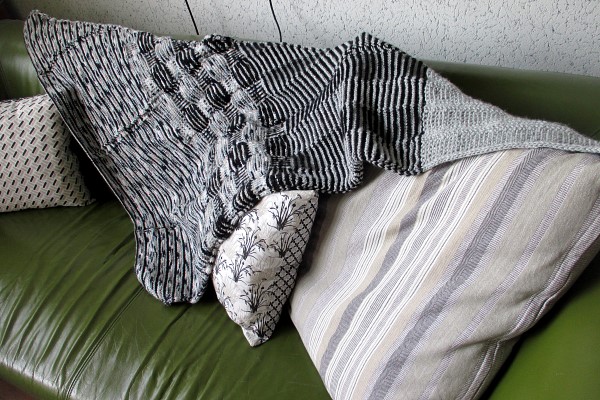 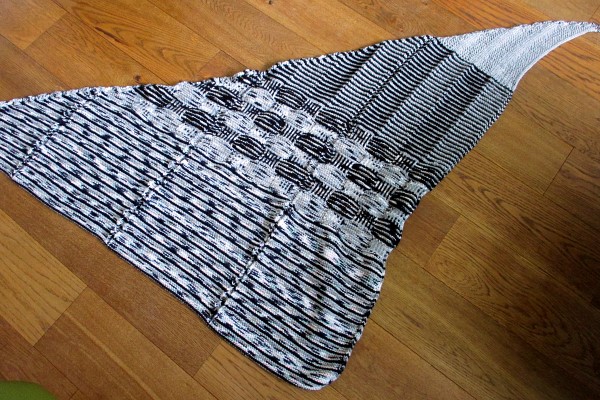 Did I mention it's huge? 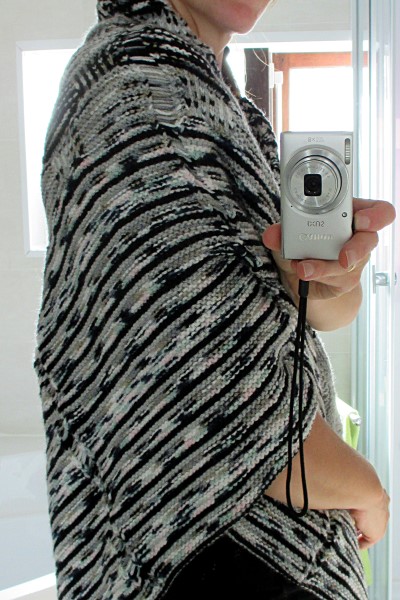 But it's wearable. I like wearing it like this. Maybe I'll actually use it (when it's colder). 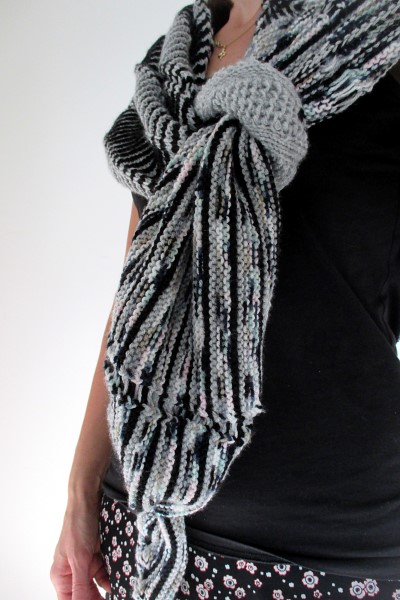 Yep, that was fun! 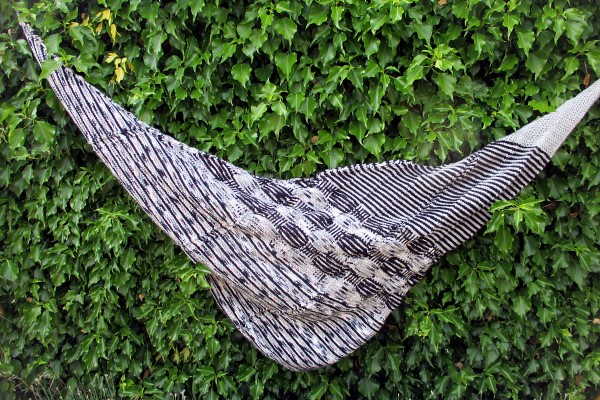 Linking up with Jeannie Gray Knits' Makers' Monday and Frontier Dreams' Crafting on
at May 28, 2018