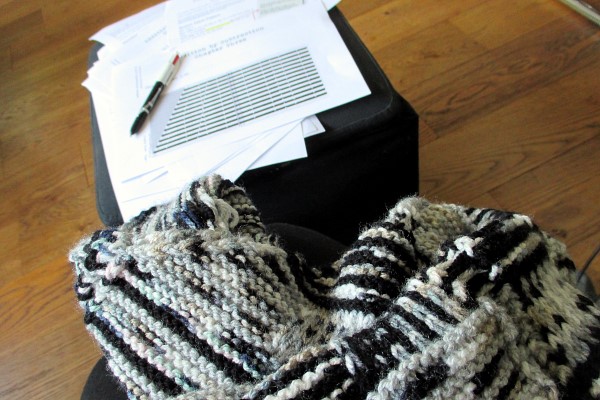 I'm still working on the MMKAL (Murder Mystery Knit Along). It's really fun. It's turning into something I'd never chosen to knit from a picture, but I even think I might use it every once in a while (I'm not really a shawl person). I learned some new techniques and stitches that I probably will use on other projects and I learned to read a chart.
The story accompanying the patterns is actually very good. Even if you don't want to knit this pattern, you should go and read the narrative. Especially if you're familiar with knitting terms it's a really clever and enticing read.

But... it's a. lot. of. knitting. Really. I thought this would be a side project and I would be knitting hats too, but truth to be told, I'm always behind on clues. I just started clue #4, that came out on Friday. This one isn't that much knitting though, so maybe I will be catching up now.

Anyway. Pictures. Spoilers ahead (so if you want to knit it as a mystery knit along - don't scroll down). 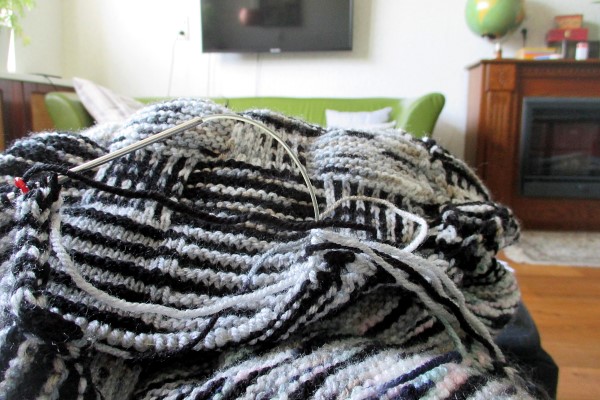 The shawl after I got three chapters done. The fourth chapter starts on the right. 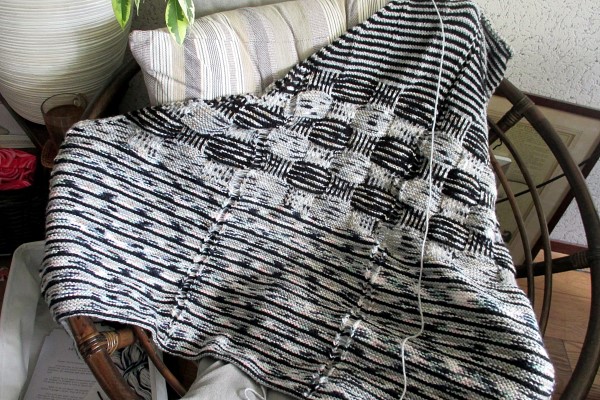 The first section was stripes and wedges. My popping color wasn't popping at all (it's a pastel variegated yarn), but I like the way that works out. 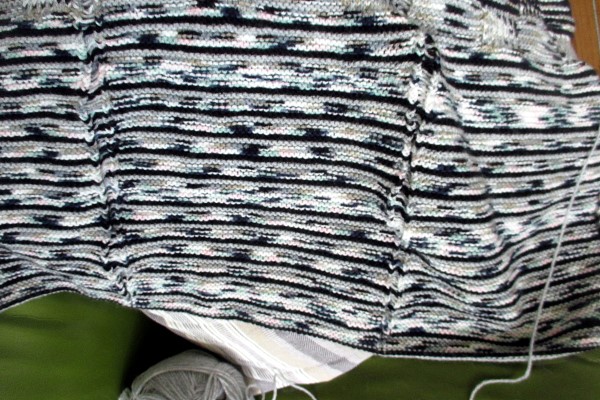 The second section was a very clever basket weave. I would love to make a blanket, pillowcases or bags with this stitch. 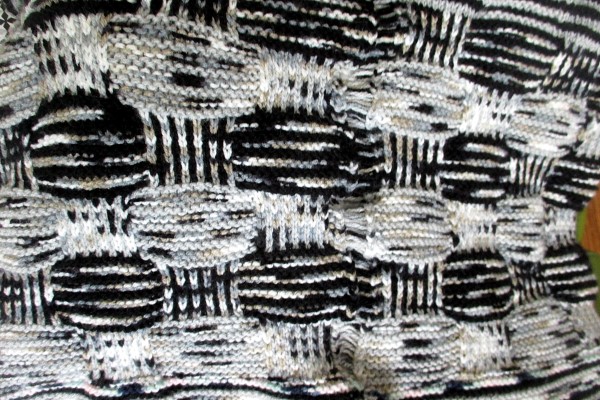 The third section was an illusion knit. Horizontal stripes if you look down on it... 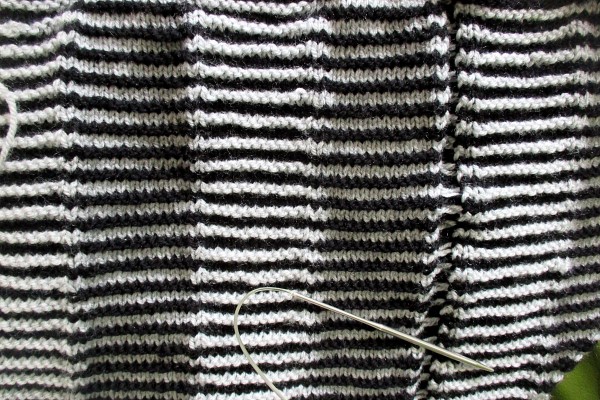 Vertical stripes if you look from another angle. Fun! 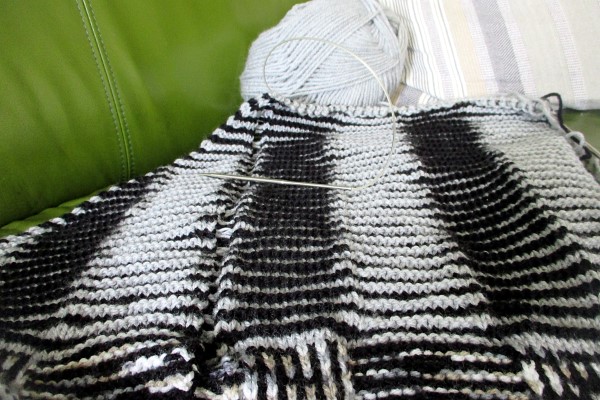 The fourth section is lace, but I've only got two rows done. 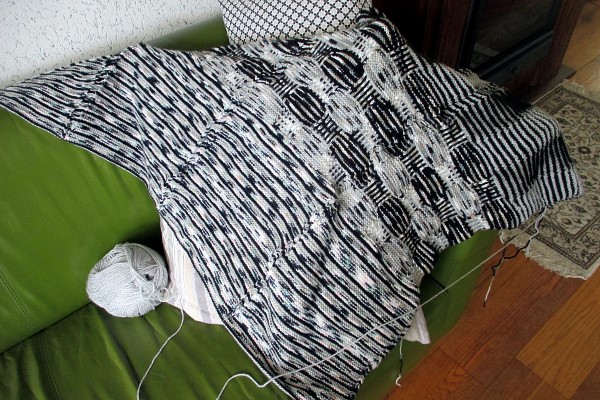 The big question now is: will it end with the lace section, or are the other colors (after every section one color "dies") making a last appearance in a border or something? And of course: who was the killer? Oh, wait, chapter four already gives that away, we just don't know how the story will end yet - chapter four left our friendly P.I. (Slip Knitwise) in a dangerous situation. Have to wait till Friday to see if it all gets solved in the end. Told you it's a fun read ;-)