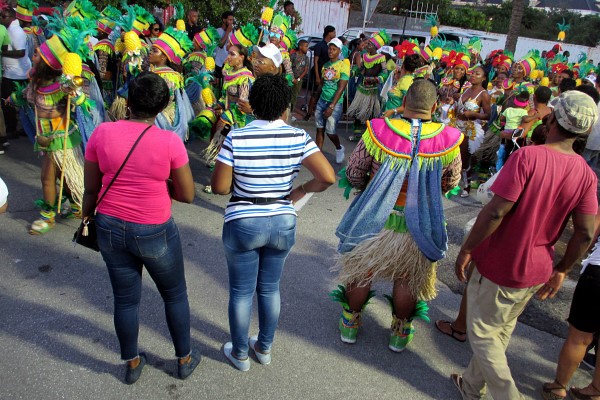 1. Carnaval is a very, very big deal on Curaçao. I have to admit that we don't really "feel" it. In Holland we live (and were born and raised) "above the rivers" (the north and middle of the country) and that part of the country doesn't really do Carnaval (mostly protestants). The south (mostly Catholics) does, but we... well, we just don't get it.
So we didn't really go and see. We also didn't end up watching the Gran Marcha (big parade) by accident like we did four years ago. But we did catch a bit of it since we were in the town's centre to have a drink. And we enjoyed watching the people coming and going from the parade. For hours. But that had mostly to do with not being able to go home since the place we parked our car was blocked by the parade ;-) 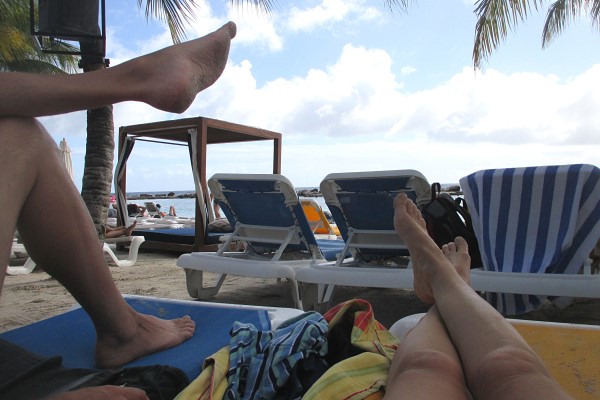 2. From Carnaval Curaçao went straight into Valentines day. Also a big deal here. We usually don't do anything (hmn, we sound boring, don't we?), but somehow the excitement here is catching. Four years ago we went on a bit of adventure, this year we spent an afternoon on the beach relaxing, because we were too tired for adventure. We did have diner at the very same restaurant we had diner four years ago though. 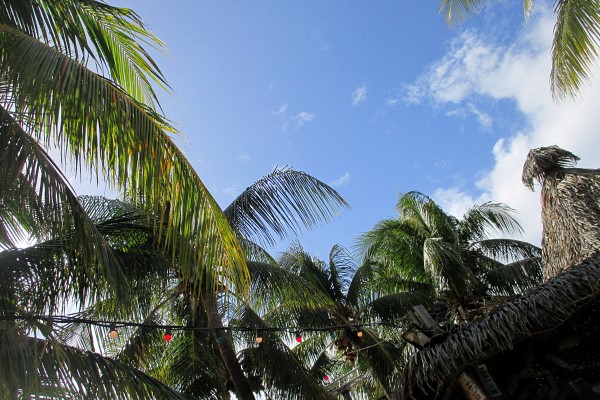 3. Things are starting to feel "normal" here. Including the climate. I still feel blessed to be here instead of in the cold, but yesterday I ordered hot tea at a beach bar. It was raining, temperatures dropped to 25 degrees Celsius (77 F) and I was shivering. Ahem. Don't remind me that I have to go back to Holland in about a month, when temperatures can still be very low...

Linking up with Carole Knits' Three on Thursday
at February 15, 2018