Yesterday I found out I lost track of the date. That may not sound alarming to you, but it's really not like me.
I tend to be an obsessive planner. I even wrote a blog about planners for a while, until my husband kindly (well, as kindly as he could muster up to his very stressed out and worked up planner wife) asked me to quit being so fanatic about it.

Anyway, we found out yesterday that we're not flying to Bonaire (a neighboring island) on Tuesday, like I thought, but today. Ahem. I remembered the date correctly, but lost track of what date we were actually on. I guess that's a good sign. I'm finally relaxing a bit.

I will be sharing the third hat tomorrow (hurray for being able to schedule posts), but I don't know yet if I'll be able to get online until Wednesday. Well, so be it. (See? Relaxed!) 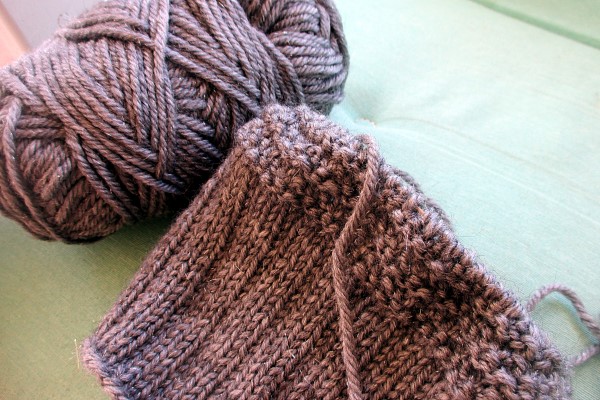 The fourth hat is not coming along as fast as the others.I kept wondering why it didn't look like the first version I made at all. I thought it had to do with using a different type of yarn and figured maybe it was trying to teach me a lesson about gauge and pattern writing.
Hey, I don't cook from recipes (and have a hard time telling people how exactly I made something), hardly ever use a pattern for knitting or sewing and write books by typing whatever comes to mind without any plotting. So why was I thinking I could write very precise patterns that other people would like to use and maybe even pay for?

But then it dawned to me that maybe my notes were wrong. The stitch pattern comes from my grandmother's knitting book and was designed to be knit flat. What if I simply copied the original pattern but forgot I had to purl instead of knit and knit where it said purl? I dug up the original photo of the first version of this hat (the third photo in this post) and enlarged it until it was clear that indeed I had been mixing up knits and purls. So I frogged back to the brim and started over. This time it does look like the green hat. So I will be sharing my notes or maybe even a real (free) pattern after I finish it.

That could take a little while though, since I do have a bit of a problem with the cats here. I love having them around but I never really expected them to paly with my yarn. The last cat we owned was old. Ancient for a cat. We don't know exactly since we got him from a shelter, but he was at least 21 when he died. He was constantly on my lap when I was knitting (I guess because that usually meant I wasn't going to jump up to do something else for a while) and just slept through it.
These cats though... well. I will get there eventually, but I have to put my knitting away when they're around. 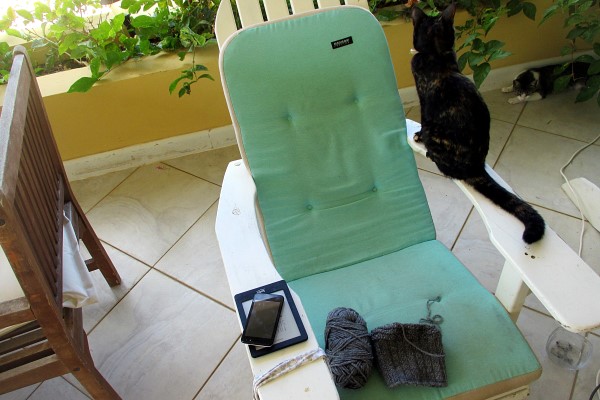 Linking up with Jeanny Gray Knits' Makers' Monday.
at January 22, 2018