A stack of bags

It seems every time I post about sewing I want to write I  f i n a l l y  did some sewing. Well, that's what it feels like. And I guess it's the truth too.

The last time I sewed something was in June. And then I bought a lot of fabric (vintage pillowcases mostly) and planned to make some bags with them. Which I f i n a l l y did this weekend. ;-)

I guess I have to explain this. Since January it's prohibited by law in our country to give out free plastic bags in shops. I am glad about that, because I already carried my own grocery bags and tried not to accept the plastic ones. But I often had to ask to take my goods out of the bag they already put it in before I could say I didn't want it and sometimes I just didn't and took the plastic bag. I also got plastic bags from my mother when we exchanged magazines and books, so they were always around. I guess I used them more often than I thought, because I did notice we were running out of them. And that's why I wanted to sew some bags.

So I did. And once I let go of too high expectations, I was on a roll. I made 5 bags that Friday and then Sunday, when I knew exactly what I was doing, I made 14 more.
I reused the seams of the pillowcases and found a way to make two bags out of one pillowcase with hardly any scraps left. They're just the size I want them, not full sized grocery bags, but big enough to hold a stack of magazines, or a knitting project, or anything else I used to grab a plastic bag for. Mission accomplished. 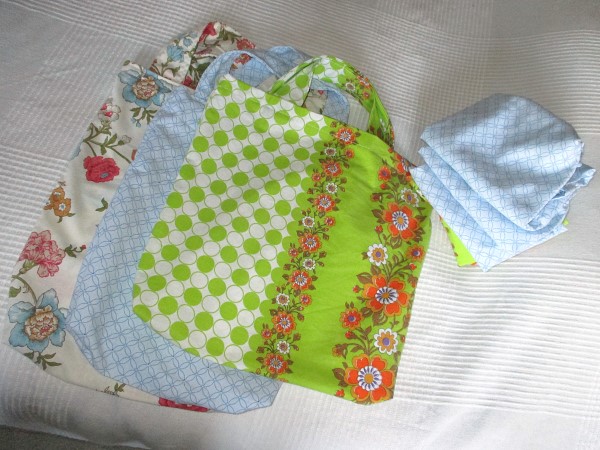 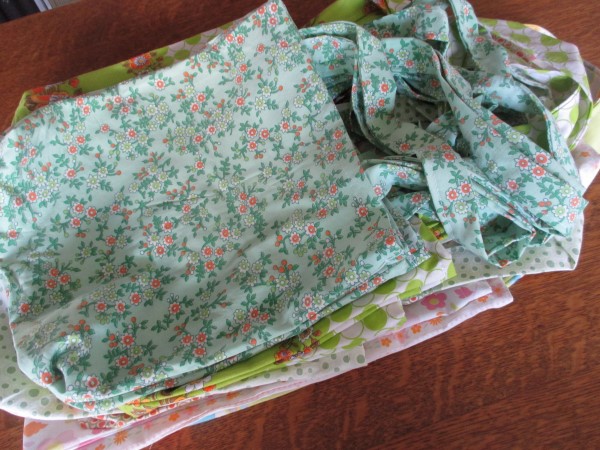 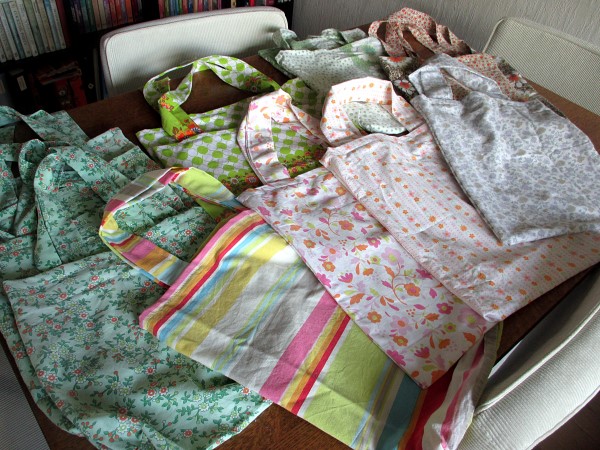 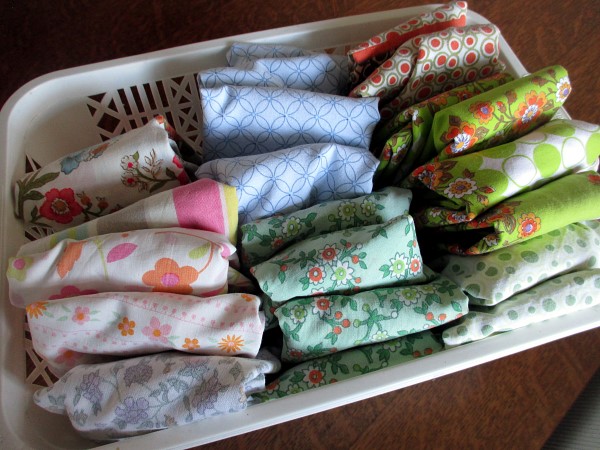