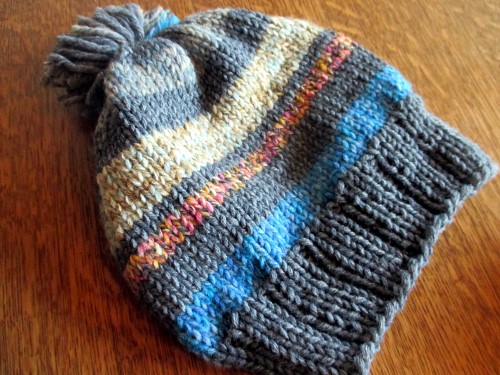 After knitting all those cowls I didn't really feel like knitting for a few days, but on New Year's Eve, my fingers started itching again. Seven of the cowls and the grey hat for my husband were knit from the same type of yarn (Marl Wool from Zeeman) and I guessed the leftovers were enough to make a hat.
So I cast on and started knitting. I kind of knit myself into the new year and finished it on the first of January.
I guessed right;  there was enough to make a nice slouchy hat. The very last pieces of the yarn became a pompom to finish it off. 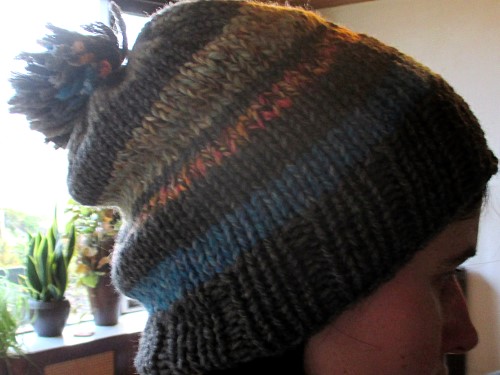