Warm necks for everyone

It started oh so innocent.
Inspired by this post on Soulemama, I thought: what if I made some of those drop stitch cowls for my sister and her family, as a thank you gift for hosting Christmas dinner the 26th? Four cowls in two weeks. Totally doable.
Maybe some for my parents too? Six in two weeks. I can do that.
I was working on the first one when one of my girls walked in and said: "Oh, I love that cowl."
So I planned for three more. And a hat for my husband since he already uses a hand-knit-by-me cowl.
But if I was going to knit for the whole family, I couldn't forget my brother and sister-in-law...

So I knit twelve cowls and a hat. That's one cowl too many, I know. But after I finished the pink/orange one that I loved very much myself, I couldn't link it to any one of the people on my list. So I added that one to my own collection of cowls (can't have too many, we already established that) and started another one in a more muted color.

I'm not a knitting machine. I finished the last one after I already handed out the first ones. (That's why there are no pictures of all cowls together.)
Stephanie's post about knitting presents and what if you didn't finish came right on time. You could also use words to say you love people. Brilliant. (Also, I made some peppermint bark to give and bought some flowers too - we're not the kind of family that actually uses words to say things like that)
But I did finish in time. And it was fun. 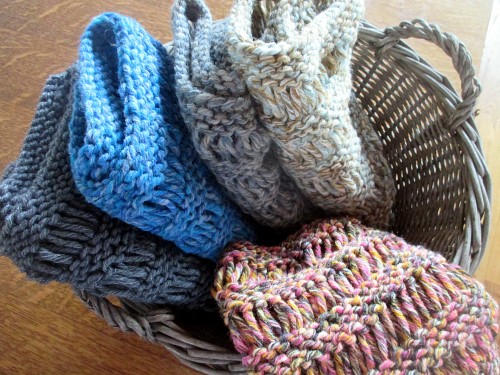 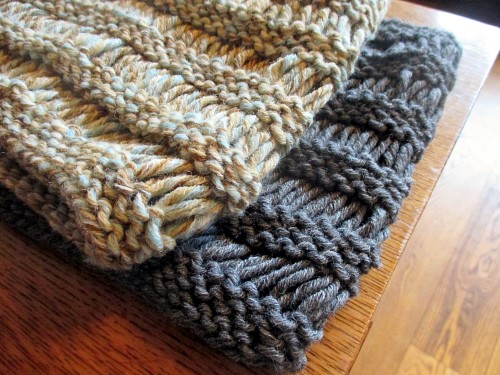 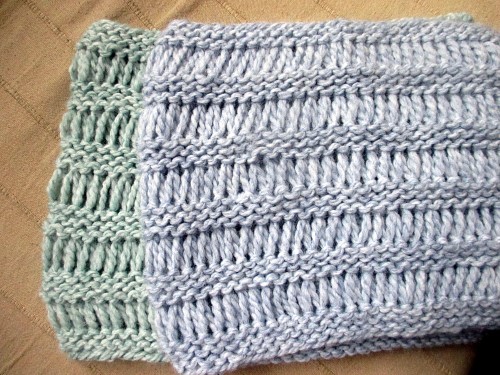 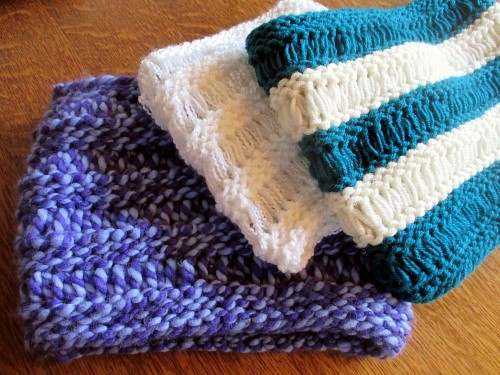 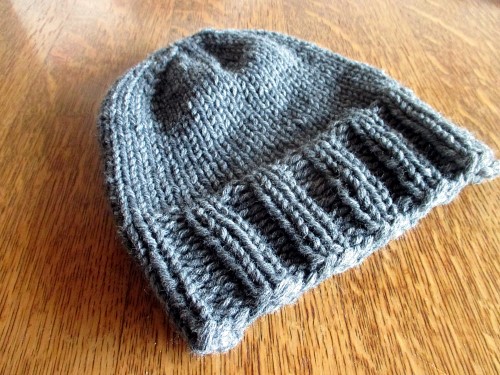 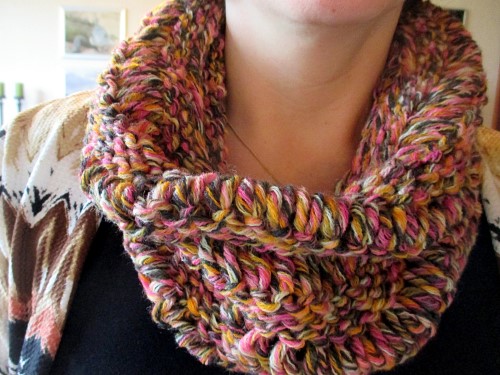