in my garden :: very little, but still some vegetables

Apart from the health-and-other-issues we had for the first half of this year, it was a very, very cold spring. So although I had some great plans and even ordered a seed catalogue to start making plans early last winter, I never really got into it until it was too late.

Those raised beds that once were filled to the brim with all kinds of vegetables? I just put some flowers in that the girls got me for my birthday and left it there. And yes, I seem to be struggling to keep those flowers blooming too. That cold, cold spring was followed by a heat wave. I am watering every night, but things are suffering... 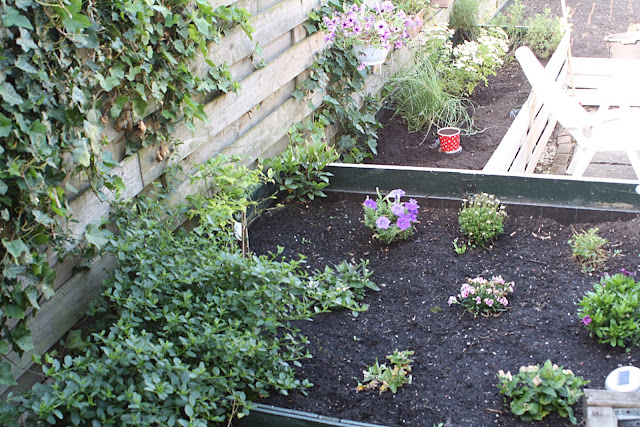 The big bed in the back isn't even filled properly and I leaving that one bare this year. That's good for the soil, isn't it?
Still, I can't go completely without growing something, it seems. That little red bucket is a strawberry growing kit one of the girls got as a present and wanted to toss out (it seems my love for the garden wasn't passed on to the next generation). I took it and am watching it closely to see if the seeds are actually catching on or not. 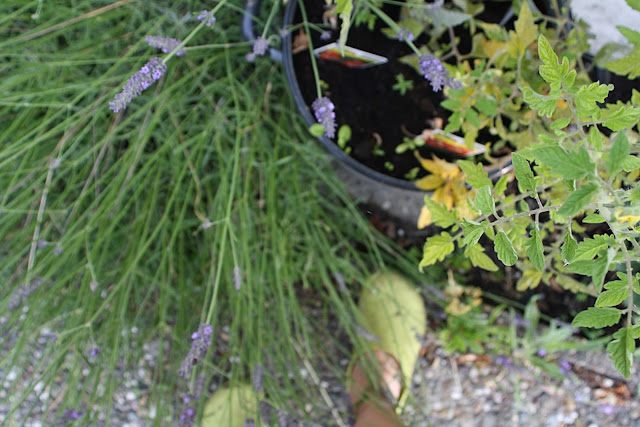 I bought some tomatoplants at the supermarket sale two months ago. I did that before and that was the only time tomatoes worked out for me. I put them in exactly the same container in the same place I had them back them. Here's hoping for a little harvest... 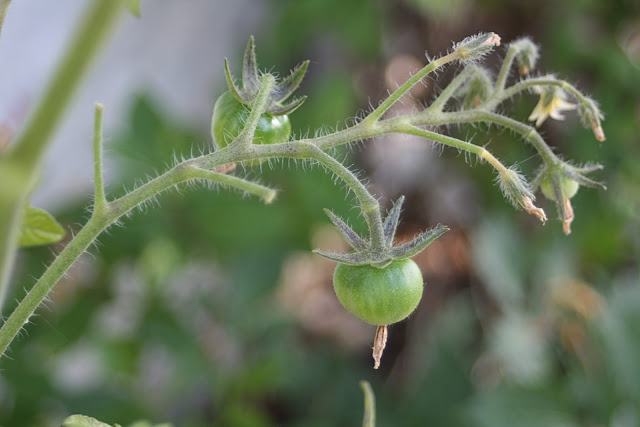 Also on repeat: my little salad bar. Last year I was tired of fighting off snails and put some lettuce in the old barbecue on the roofterrace. It worked like a charm: we had salad from it for close to two months! If it keeps growing like this, I think I can at least add some leaves to our salad next week already. (I planted this only last week) 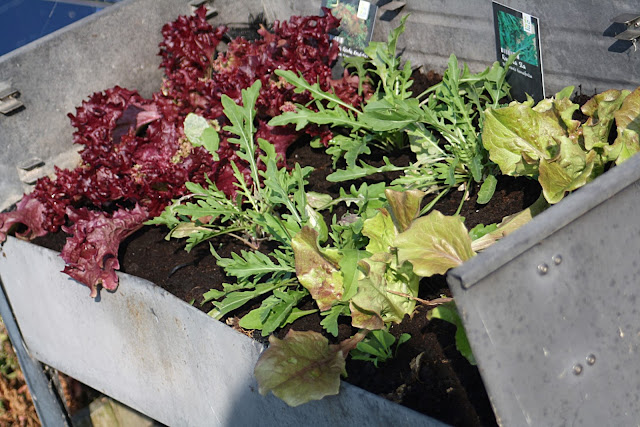 And last but not least... our plum tree is trying hard to produce. It lost most of its blossom in a freezing storm this spring, but there are a few plums hanging on. You can always trust old faithful to do his job ;-) 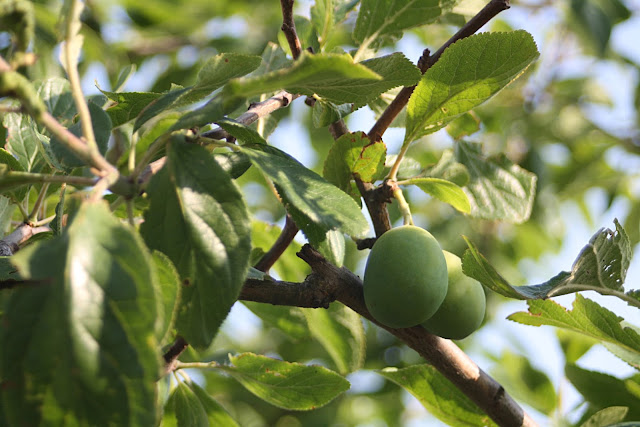