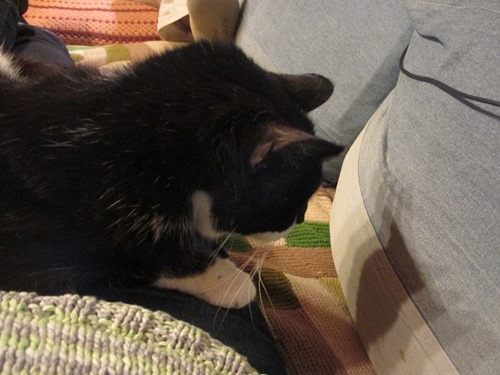 The cat is so happy I'm home. He's constantly on my lap or around my feet. I missed him too and I'm glad he's still here (he's at least 20 and we think he definitely used all his nine lives). 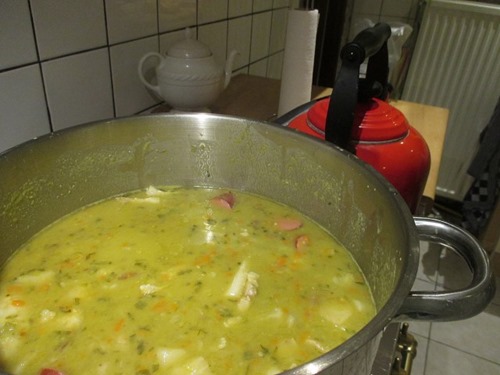 Friday, November 28
Cooking pea soup for Sinterklaas tomorrow. Enjoying old-fashioned Dutch cooking in my own ktichen (was I homesick? yes, a little) 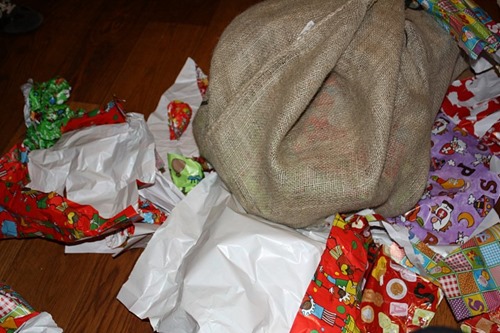 Saturday, November 29
Twelve people in a tiny living room, twelve times six (seven, eight?) little rhymes. Lots of laughter, a happy mess. That's what Sinterklaas is supposed to be about (at least I think so) 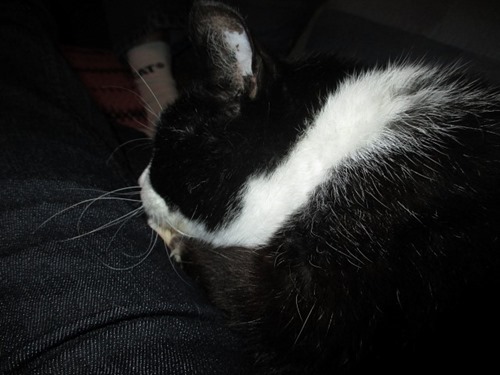 Monday, December 1st
He lost his last tooth. And he seems relieved. He's sleeping and eating a lot better now. 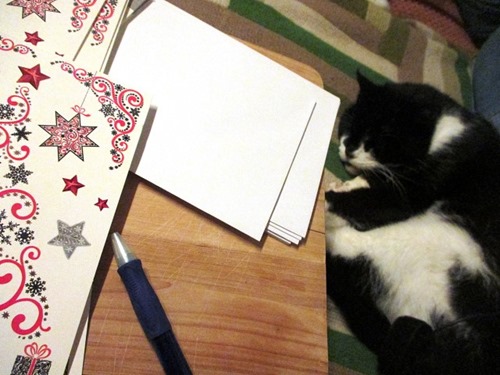 Tuesday, December 2nd
Starting early on my Christmas cards this year. Now I need to remember to buy stamps tomorrow. (spoiler: I forgot) 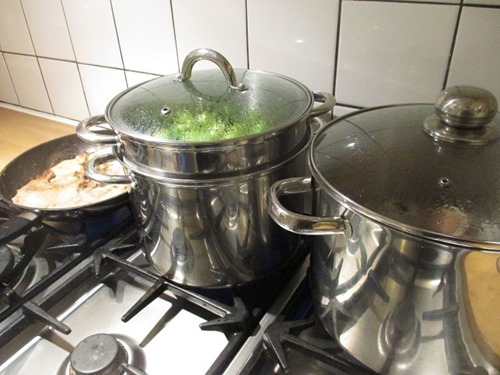 Wednesday, December 3rd
After a day of limping* around the mall (or actually two days, I did the same thing yesterday) for Sinterklaas gifts I need a good meal. Brussels sprouts. I don't even like them, but it feels like cozy winter food. Also, another big pot of pea soup in the making, since we're going to celebrate another round of Sinterklaas this Friday (only the five of us this time)

*I got chikungunya on Curaçao. In short: it's transmitted by mosquitos, similar to dengue, but it takes longer, especially the joint pains. This is week seven for me. It sort of looks like this (link goes to funny, but sadly accurate video on youtube).
at December 04, 2014