We did a little (ha! understatement) road trip, but I forgot to take pictures or was driving myself. So you have to imagine those border signs in Belgium and France. 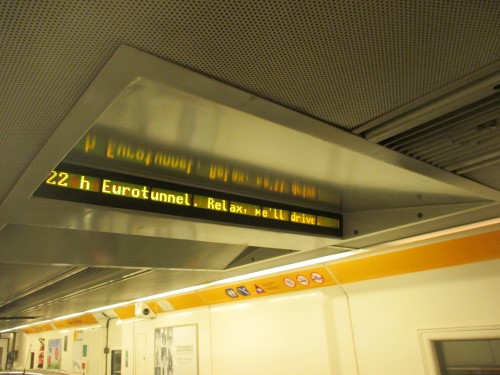 We got to take a little break. 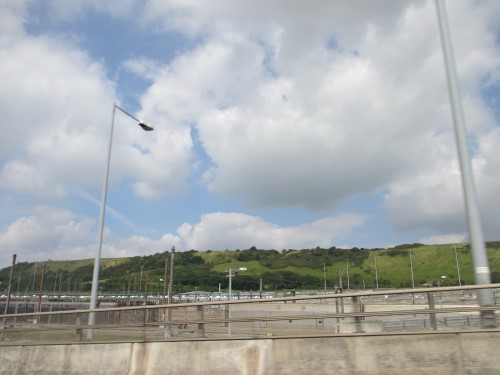 And after only 35 minutes, we were on the road again. 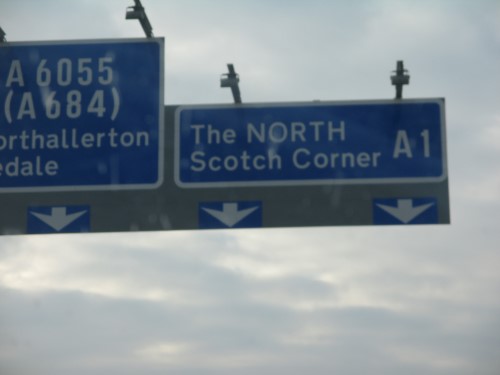 Whereto? To the north. Of the UK that is. 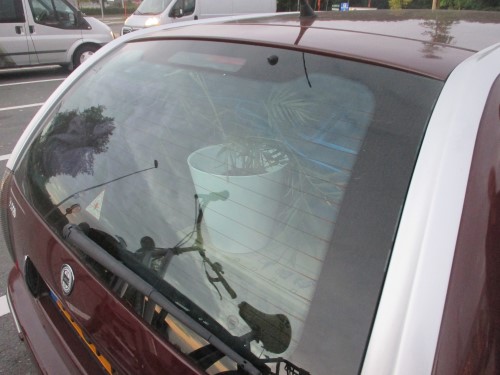 We arrived in Durham by the end of the day, packed up the care with our girl's stuff, and eventually managed to fit everything in it (we borrowed a bigger car), including the plant that she really didn't want to leave behind since she "managed to keep it alive for a year". So this is why she couldn't just take a plane home. To much stuff, most of it important too.
And a bike too. Which is a funny story. She never once used it there.
In Holland we use our bikes as a means of transportation, to get from A to B. So when E. found out that her college (dorm) was about 1 km from the university itself, she sent a mail to ask if biking was possible around there. Cause here in Holland, that's what we do with distances like that. Take our bikes.
The answer was: "Yes, lots of people cycle around here". But we never realized that in the UK that doesn't mean what we thought when we read it. People use mountain bikes to ride in the woods, yes. But the very busy streets are not really safe for riding a bike (no biking lanes? so silly ;-) ) and they also didn't realize it would have been very informative to add that her college was on a steep hill, so biking down to the city centre would be quite adventurous, while she would have had to walk the way back up.
Oh well, the bike is salvable (just needs some greasing) and then it will take here everywhere again in our flat little country.

We spent the night in a hotel and had a little break from sleeping (yes, fun... not) because someone didn't read the sign that was (clearly) on the bathroom door (forgot to take a picture of it), asking to keep that door closed when taking a shower, since the fire alarm was very sensitive and it might go off. Well, someone didn't read (or understand) that sign and the alarm went off. So we jumped out of bed, got dressed, took our belongings and then found out nobody else thought it was necessary to react, except for one couple. The man went downstairs to ask what was going on and when we found out it was just a shower we all went back to bed.

The next morning E. said her goodbyes to her home-for-a-year and then we were on the road again. 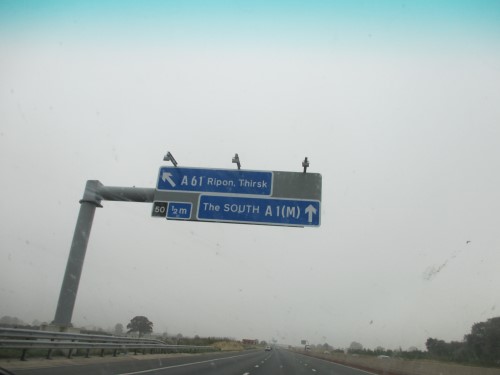 Back to the South. 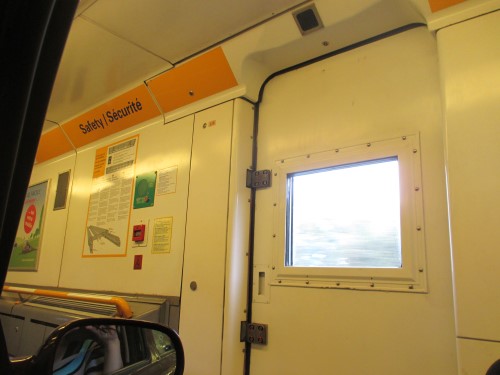 In the train and then driving again, through France and Belgium, back to The Netherlands. Six borders in two days. I'm sort of exhausted. And that explains the serious lack of pictures ;-)
at September 11, 2014