We had lots of plans for the weekend, but not much of them work out... 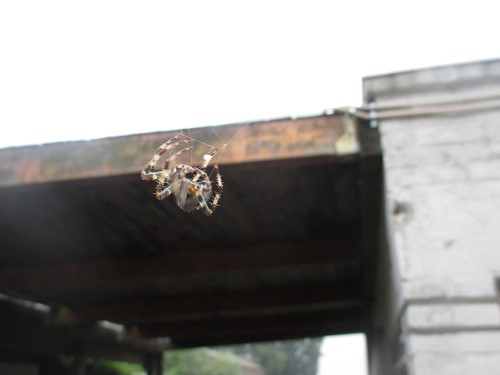 No pictures of the sky on Saturday (it's just plain grey). This big guy almost landed in my neck because he built a web between the stairs and the containers. And that's exactly where I had to go. 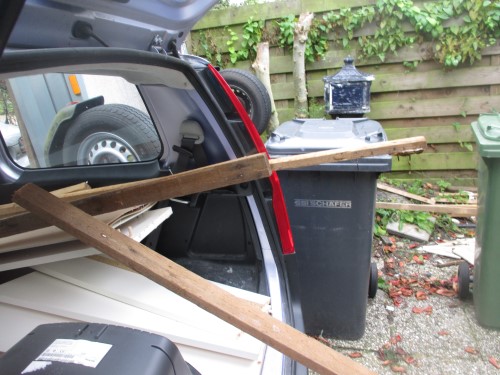 Since I had to load some garbage again. Not every thing fitted. 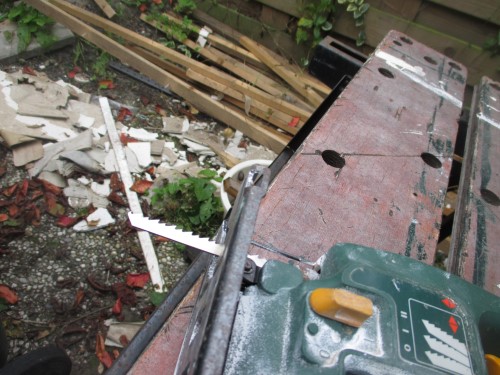 So I had to bring out the power tools. That made me both happy and scared. 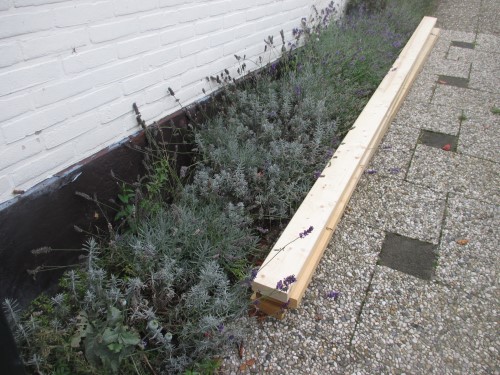 We got some wood for the ceiling, but there's other, computer related, work to do, so this will have to wait. 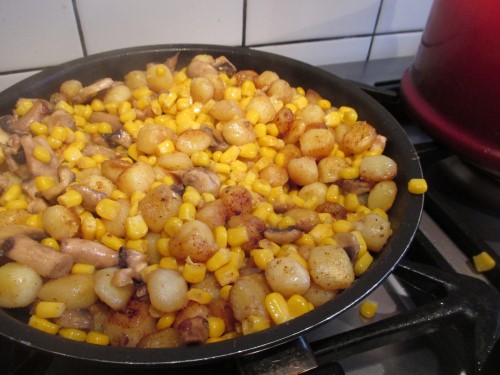 I cooked something with lots of potatoes. Yes, I was going to try low carb, but I found out adjusting to that is not that much fun (understatement) and I just don't have time for that (understatement too). I will try again later. 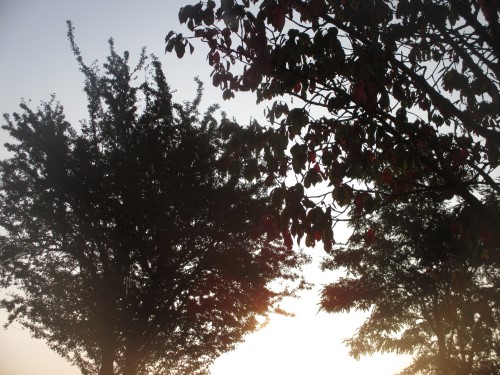 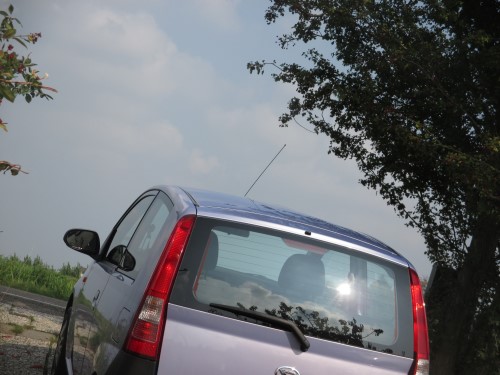 I was going to switch cars with my parents for a few days next week, so I gave it a much needed cleaning, inside and out. It needed that. Look how shiny it is now.

And then I drove to the diy store to get some screws for that ceiling and something painful happened in one of my calfs (I had cramps all week, so I guess it was bound to happen). I spend the rest of the day on the couch, but I guess Sundays are meant for resting anyway...
at September 08, 2014