We have a very comfortable, but ugly couch.

We got it for 100 euro from our neighbors 8 years ago. I was going to say 6 years, but it’s been 8. Oh my, that explains why it’s looking the way it is. But it’s still as comfortable as it was back then. The big cushion got a burn mark and some other stains in it very soon, so I made covers in 2008 (I think, might be earlier). Those have been in heavy use too, especially if you consider both Theo and I are usually working from the couch. We do have an office, but somehow we spent most of our working hours here (and yes, we should probably change that to have a better balance between work and free time, but that's how we've been rolling for years now) 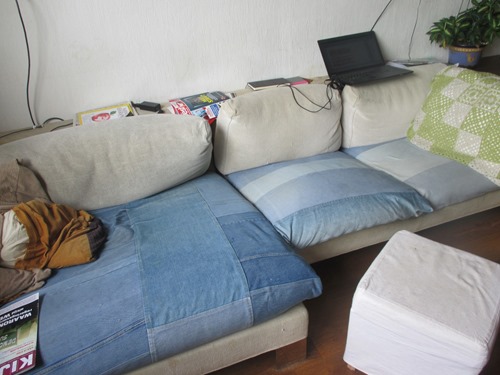 So, the covers were stained beyond washing and some of the fabric was just falling apart from all the washing and sitting. A few weeks ago I began looking for fabric to replace it with. No luck. I tried Ikea, but didn’t find anything fun. And when I finally got myself to a market (that used to be my place to go for affordable fabric) they had all kinds of fabric, but no thick cotton or denim that I could use to recover the cushions.
I was close to giving up when I suddenly realized I needed to take a closer look at the curtain section in the thrift shop. So I jumped in my car and went immediately. Which was a lucky call since I found this: 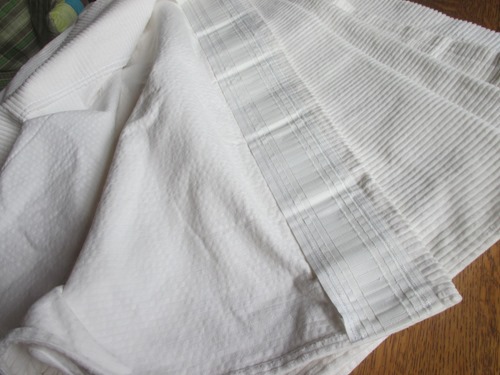 15 euro for 6 metres. Nice deal. And just enough to cover the bottom cushions, I hoped.

Some very scientific measuring took place (also known as trying it on). 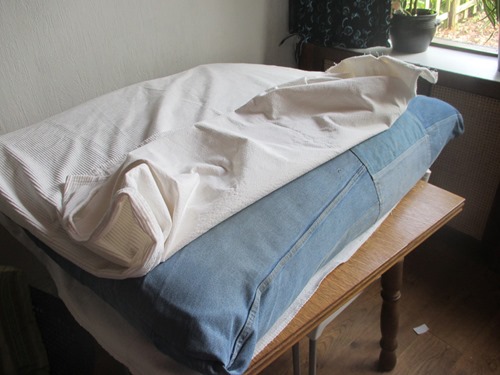 And I found that 7 meters would have been just the right amount. 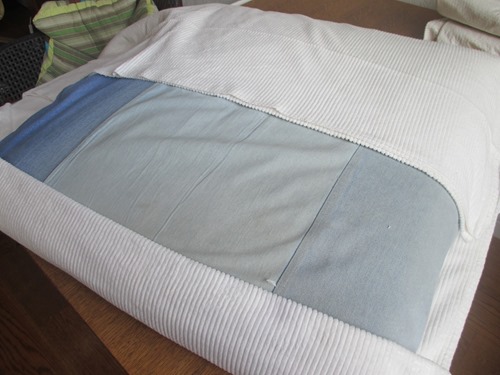 But I did a bit of patching and that took care of it. 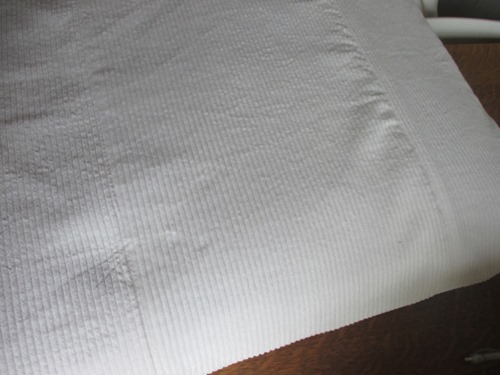 The result of a few hours of measuring and sewing. They covers are a bit on the wide side, but I think that will be solved after I’ve washed them for the first time (no I didn’t before, too eager to try). 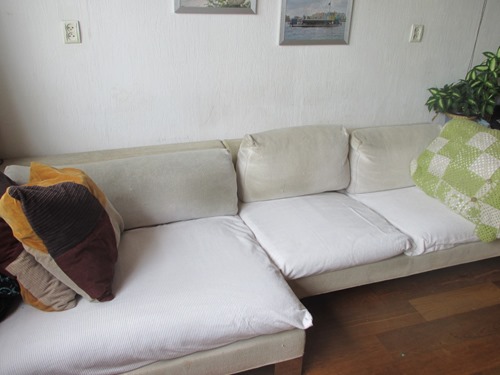 But oh those back cushions look so dirty now! They can be washed, but take half a day to dry and you have to put the covers on when they’re still wet to get them on. I hope someday I’ll found more light fabric to match the white, but for now I reused the jeans covers (I cut out the worst parts and sewed them back together). 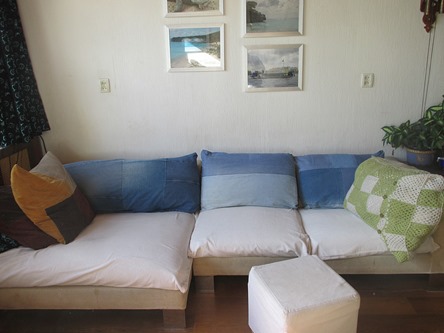 I decided to dig up those blankets I made way back in 2007 for everyday use, to protect the white from our spilling and dirty socks etc., thinking we can take them off and show our good side when we have company over. It looks a bit bohemian, but I like it. 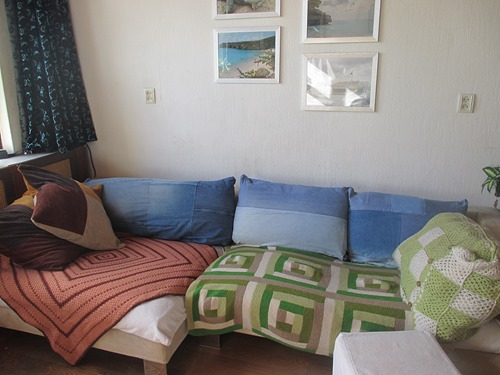 The cat agrees. He has been sleeping there for days. 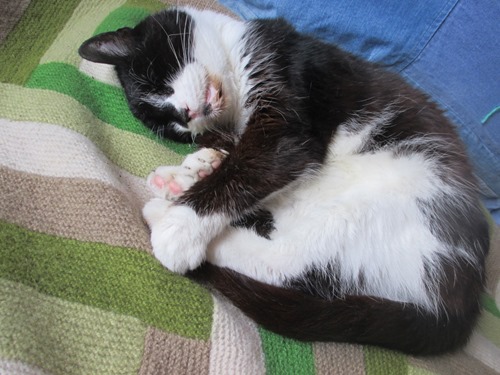 Next mission: find some fabric to cover the frame…