An angel in disguise

“We’ll meet again in heaven.” The man nodded knowingly and we couldn’t do anything else but agree. This was not the moment to discuss believes.
Mentioning heaven seemed fitting too. He was an angel of sorts to us. Not the biblical type, but the kind of people that seem to appear out of nowhere to help you.

It really wasn’t the plan to go and see the Gran Marcha. I said it before, we both don’t really like waiting and holding places and stuff like that. But we were trying to reach the West and when we run into road blocks along the Carnaval route for the fifth time we decided it was time to give up. “If you can’t beat them, join them.” So we were waiting and trying to hold our place at the front.

“You have to drink lots of water”, a girl handing out gum advised us after begging my husband for a cigaret (she got one, smokers have some special social rules, I guess). We knew.
Luckily there was a booth selling water, since we didn’t come prepared. It wasn’t the lack of water that made me feel sick after a while. I get that when I haven’t eaten much and have to stand and wait for a long time. And of course the heat and the burning sun didn’t really help. But I refused to give up, so I drank some more water and chewed some gum.

It helped a bit and I enjoyed the beautiful wagons and the colorful costumes. I didn’t enjoy the loud music. Don’t think I’m overreacting. They had about fifteen big speakers stacked at the back of a truck. Blasting at full strength. That’s a lot of decibels. And each group had an installation like that. That made thirty of them.
But after the tenth we left that nice spot in front.
I was having cold sweats for a while now and when I felt a chill creeping up my legs and spine I knew I had to leave before it reached my head. Or else I would be the next stupid tourist fainting. Local people don’t stand in the sun for carnaval (or anything else). They hire booths to sit in, or they bring chairs and a parasols. I knew that, but even if we had prepared to watch the carnaval I wouldn't have had chairs or parasols to bring.

I sat down at the first shadowed spot we found. I could smell it wasn’t the cleanest of spots, but I didn’t care. Sitting down, in the shadow, was the only thing I could think about. I didn’t have a clue how to reach the car, since we had to walk quite far for it, up a rather steep hill. Theo told me later that he had been thinking about trying to get me to the last road block, leaving me there and go alone to get the car.

But then he came. Our angel in disguise. Our savior. He was a bit drunk, but still. He asked if we wanted to see the carnaval. In the shadow, on a chair. I couldn’t care less about the carnaval, but the rest… yes, please! So we went with him, just a little bit down the road. He gave me a chair and got another one for Theo. He pointed out we could still see the carnaval if we looked past the people in the booth in front of us. Then he gave Theo a cold beer and I drank the rest of our water.

When he saw I was still trembling he got up again and got us “sopi iguana”. Lizard soup. Yes. Something you really got to try sometime, but preferably not when you’re feeling dizzy and sick. But I reminded myself that I hadn’t eaten for five hours and just tried not to look at the piece of lizard (clearly visible and still wrapped in it’s skin) floating in my cup. Much to my surprise it wasn’t too bad. Actually, I liked it. It was “hopi bon” as I tried to explain to the man when I didn’t want a second cup. I really had enough, but he thought I preferred a different soup. I didn't.

In that wobbly little chair, resting in the shadow I was able to watch the rest of the carnaval and enjoyed it very much. Our benefactor kept offering husband and me cold beers. We mostly refused and than he drank them himself. He told us a lot about himself and asked about us. Then he forgot most of that and told and asked again. Which wasn’t really a problem because we couldn’t understand half of what he was saying and I think he understood even less of what we said. But he was nice and caring and helpful and he said goodbye to us as if we were old friends.

I do hope though that we see him again earlier than that. Cause that would mean he made it home safely despite all those beers that we didn’t drink… 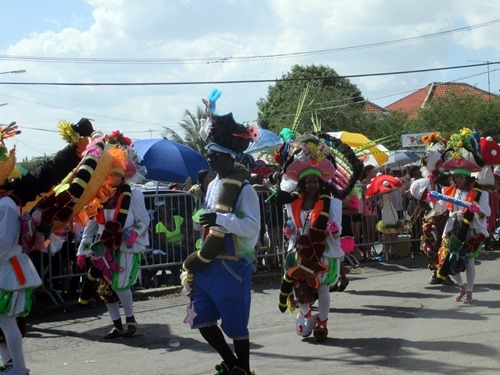 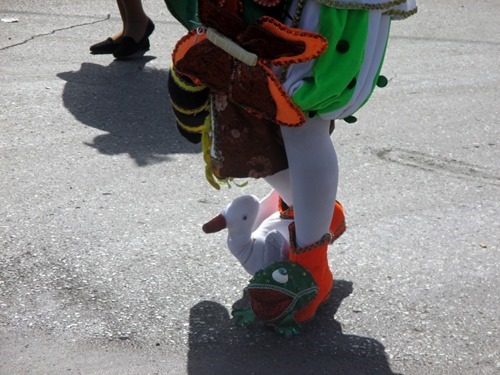 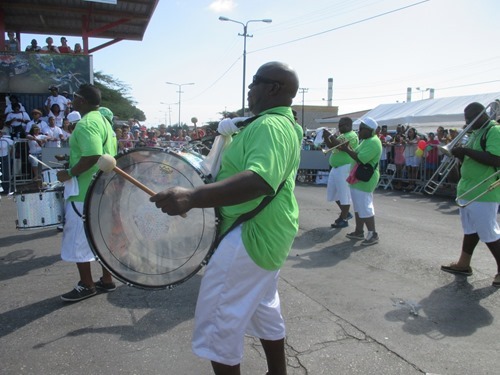 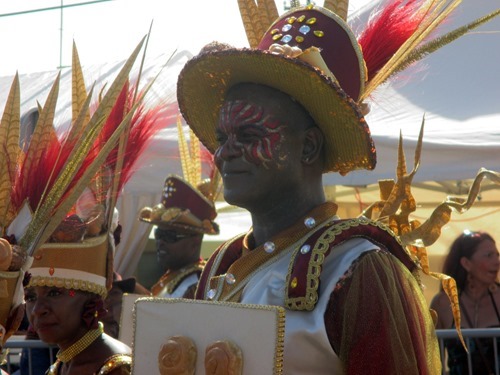 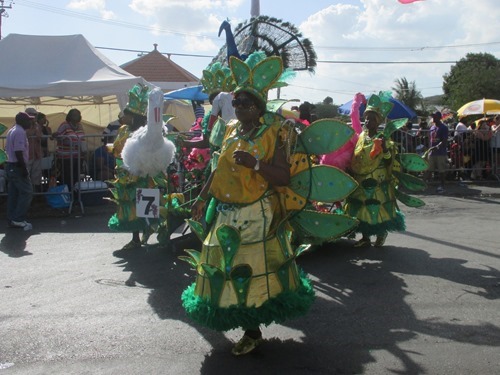 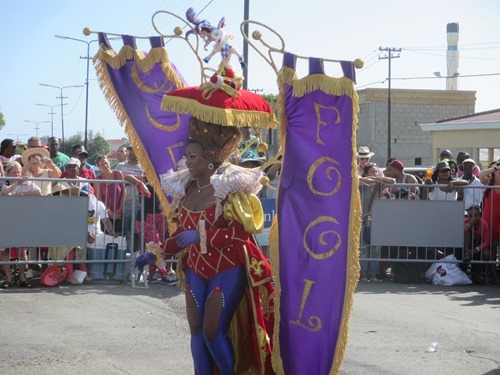 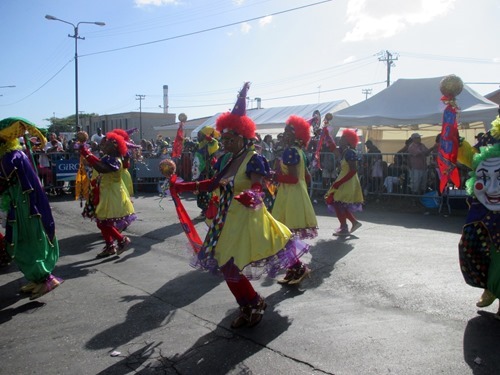 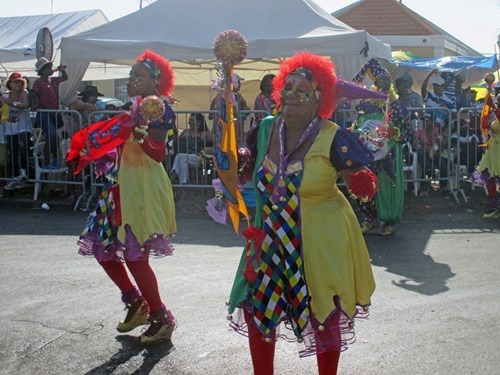 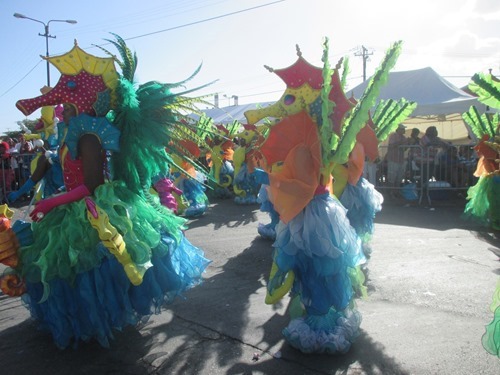