In the “back yard” 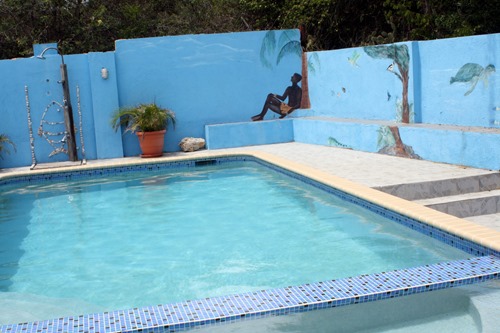 The swimming pool…
We do spent a lot of spare minutes here, just cooling off in the middle of work.
It took me a while to realize that the guy in the corner isn’t just being lazy under that tree. It’s a slave and he’s wearing chains. That has to do with the history of this place. Some bloody fights took place here during the Slave Riots of 1795. The wall in the front of the property (iou can see it on this picture) is from that period.
It’s not a nice part of the history of this island, but this is how most people here handle that (I mean… a picture like that next to a swimming pool?). It’s not to be forgotten (there are a few slavery museums too), but they’re not really making an issue of it either.
The rest of the murals are much happier. 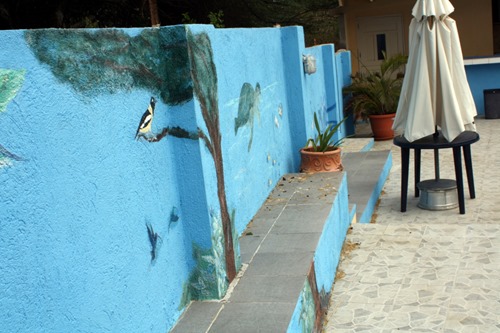 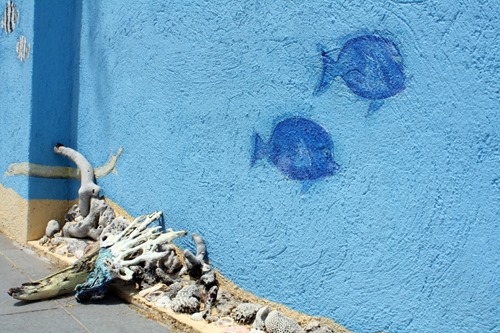 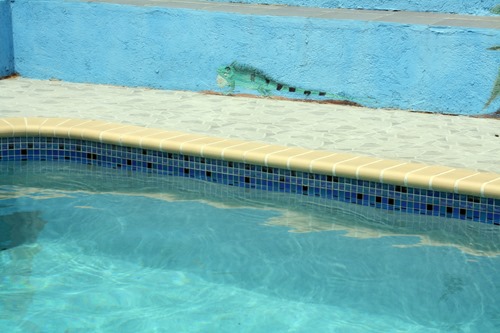 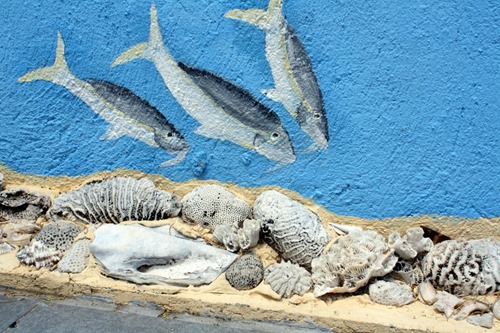 I love how they made the underwater scenes 3D by placing coral and shells in front of it.
And I like that fish behind the shower too. Wish they’d done something like that to the inside shower also. That’s just old and beige… 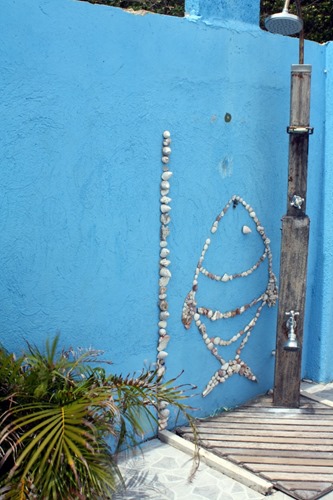