Nifty lists and a little setback

I made a list.
Actually, I had to make several lists and I started by making a list of all the lists I had to make.

Yes, really. I get to that point sometimes where my brain just is about to explode from all the ideas, todos and plans that are in it. A braindump, neatly organized into lists and bulletpoints, is the only remedy for that.

Why am I telling you this? I don’t know. Just wanted to share. Well, I do have a little plan that has to do with some of those lists, about to be revealed next week.

But for this week, there was only one important thing: clear out the front garden. It needed some (ha!) work. And my blogging list stated that today I would blog before and after pictures of our redesigned, well kept front garden.

Before shots. I can do that: 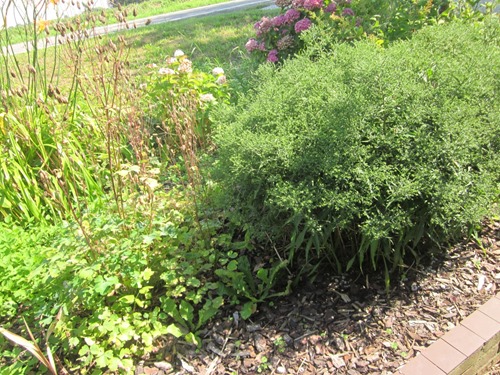 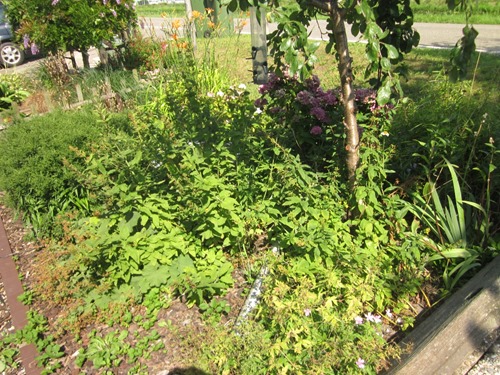 But… there was a little setback in my nifty list making. Somewhere in that mess there was a little plant with pollen that made me sick. Or maybe it was just a summer flu. I don’t know. It did make me ill though. Too ill to finish what I started.

Today, I’m feeling slightly better, but there are some things that need to be done before Saturday, so I doubt the front garden will get any attention.

Especially since what I really want to do today is sleep. Like the cat. But not on top of a mountain of shoes. That would be silly. 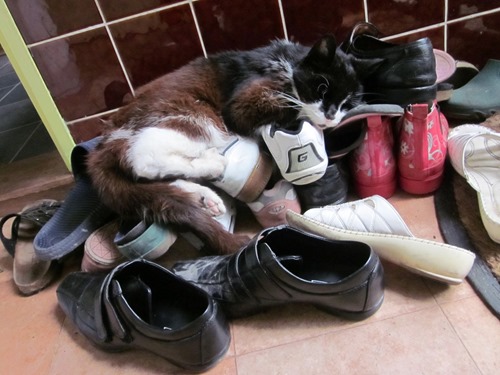