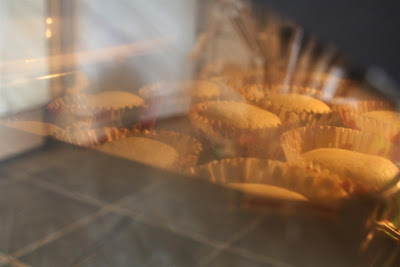 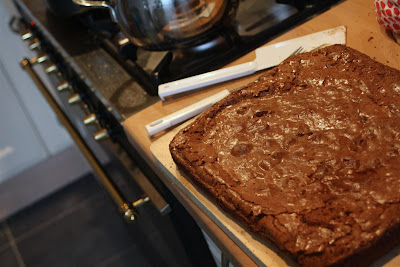 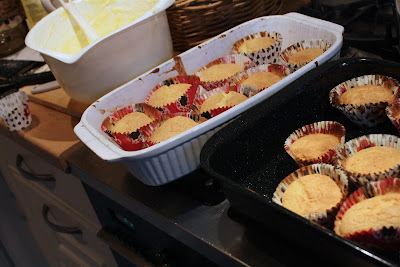 I used to love baking. I won't say I baked daily or even weekly, but I did for every special occasion and I usually was planning to bake more. But since some members of our family found they have a lot less stomachaches when they don't eat gluten or lactose, things started to get complicated. Gluten happen to be the stuff that structures bread and cake.
I tried a few recipes, but failed at most of them and then I gave up.
Until today. I decided I just had to try. I started with brownies. I did succeed at those before, since they are meant to be a bit gooey. So that worked.
And then I read the back of the flour mix and saw a recipe for cake. And I had some cupcake forms lying around. So I thougt I'd give that a try as well. The mix had to be used up in a month anyway, so no harm done if I failed.
But I didn't. They came out pretty nice, they taste good and they have a nice texture to. So now my mind is filled with possibilities... adding things like spices, nuts or chocolate, decorating them...
Yes, I do love baking!

Recipe info: I used Schar Mix C and margarine without animal fats; for the cupcakes I used the recipe on the back, substituted the milk with water and baked them for 25 minutes, for the brownies I just used my normal recipe with lactose free chocolat (normal pure often doesn't contain milk, just traces of it, which is no big deal for us)
at December 14, 2012