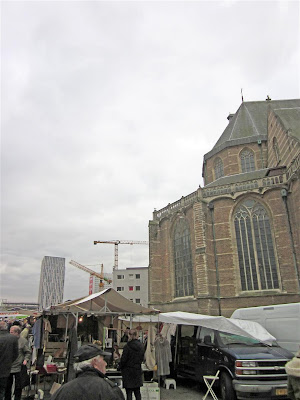 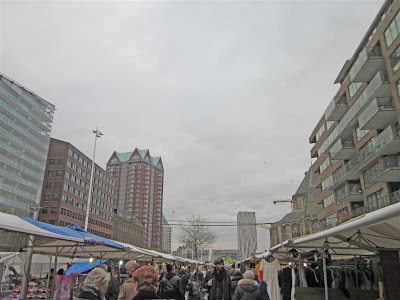 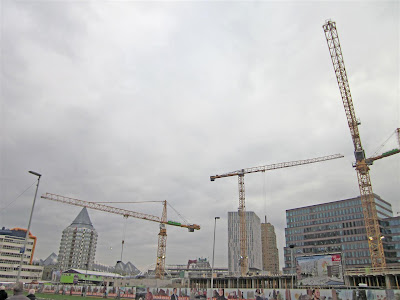 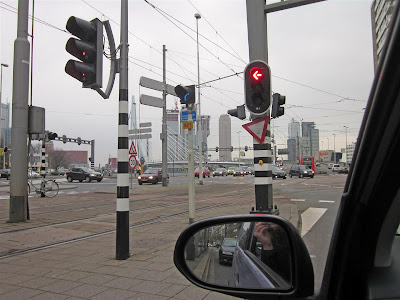 I love Rotterdam. I never lived there and it isn't really a beautiful city (though it does have it's charme - I should take some pictures of those places someday), but I still love it. I went there yesterday to shop for Sinterklaas and of course I visited the market. To look for Sinterklaas presents. Well, that was my story. But mostly because I like browsing there so much.
There was so much to see. It's a shame that I'm still camera shy. I don't feel comfortable taking pictures in places like that, not even with my small camera. So you have to take my word for it. There were vegetables and fruit, bread, nut and fishes. I even saw some big crabs, though I didn't like that at least one of them was still alive.
Some boys were dressed up as "Zwarte Piet" to collect some money for a cause that I forgot the name of. I gave the first of them some money and told the rest that I already did. The fourth time I said: "I keep running into you guys." He said that there were a hundred of them. But when I was looking for one of them after shopping to give them the rest of my small change they were all gone.
There were lots of booths selling covers for phones that I don't own and other booths that sold great cloths in sizes that I don't have (anymore). I decided that now I really want to loose some weight, but first I bought myself a bag of double salt liquorice (that didn't taste quite as salt as it used to do when I was a teenager).
Of course I had to check out the second hand stuff. Really, when you know you can't see all the booths, the logical part of the market to choose is the part that has the antiques and vintage stuff, isn't it? It's the good part. And the expensive part. At least it usually is. Yesterday I didn't buy anything. The only thing that appealed to me was a little cute box to hold incoming letters, but I have nowhere to hang it, so I left it behind.
There was a man buying a big vintage leather suitcase and someone said he should, because you can never have too many of them. I think she's wrong. In my house there isn't even room for one of them.
A woman asked for the price of a box of silverware and I thought it was her husband that broke out in spontaneous laughter when he heard it. But that was an other man. I have no idea what he thought was so funny, but it was the good kind of laughter. The kind that makes you smile.
And I think that's the reason I like the Rotterdam market.
There is always someone there to make me smile.