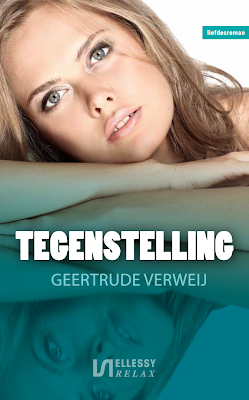 :: this is the cover of my new book (that will release late Spring 2013). I love it.
:: the title is "Tegenstelling", that means "opposites" (as in 'opposites attract')
:: it's a sequel to Incognito and Dilemma (a trilogy, isn't that great?)
:: this is the first book that I got contracted for before I wrote it
:: even worse: the flyers were sent out into the world last week and I was still writing it
:: I thought I had six months to write this book
:: but life got in the way. In a big way.
:: that's the reason I have been stressed out these last weeks (months)
:: but now it's finished
:: well, almost. I'm having second thoughts about the ending. A romance novel that doesn't end with a kiss. Is that even possible? (it does suit the main characters, that's a fact)
at November 30, 2012