What I love: the Rotterdam Market 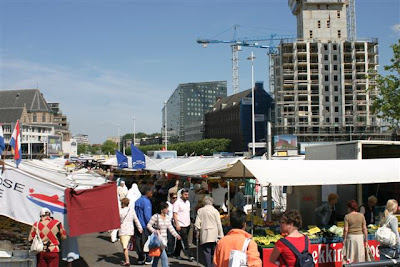 It’s so big and there are so many booths, that I think I never will have the energy to visit them all. Luckily I know exactly where to go for some good thrifting, sewing notions and books. I also just wandered past a lot of food booths and I swear I will find recipes to use all those exotic looking food someday. For now I only bought a big slice of watermelon there. Yummy!
The thrifting booths were great too. I bought a skirt and two cute white blouses. And … buttons again! I think I will hide these for the kids for a while, at least until I used some of the buttons they bought me (maybe on those blouses, the buttons got ripped of, but I payed only one euro for the two of them). Only two months ago I was complaining about never finding cute vintage buttons like some other bloggers do. So I told them maybe that was something to give me for my birthday. They bought me four sets of cute coloured buttons and I was so happy with them. Still am. But since then I had three or four (lost count) button finds on this market and in thriftshops. I really have loads of them now. I do think these are the best I ever found though, look at them, there are some really special ones in this lot! 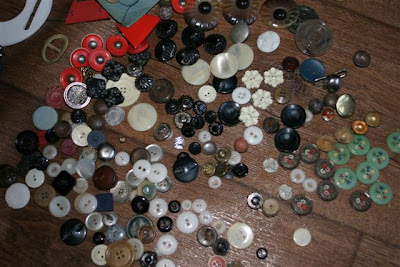 And there was more in of the tins the buttons came in: a cute vintage pattern and a sock-mending-thing (I have no idea how to call that in english). 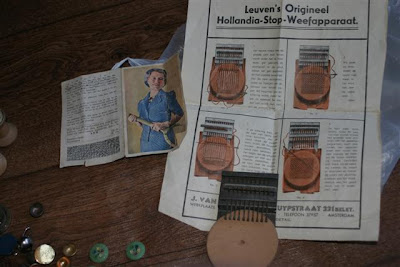 I never realized how much being able to go to a market like this and buy some stuff means to me, until I decided this was going to be my “love” post for today. Although I didn’t spent much -skirt, blouses and buttons for 10 euro - parking not included (ha! that is crazy expensive in Rotterdam, but I did some other, more important, familylike errands too, so we won’t count it in)- I really consider myself lucky to have enough money for fun things like this (believe me there have been times we could hardly afford the basics). You never know what comes next, so I’ll cherish these little outings while I still can have them!